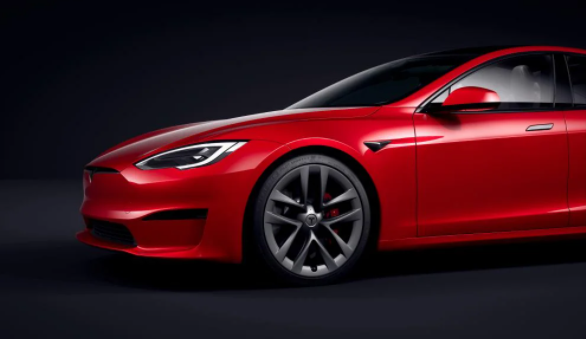 Tesla incorporation is an American clean energy and electric vehicle company that is based in Palo Alto California. Tesla produces electric cars, solar panels, battery energy storage for both home and grid-scale, solar roof tiles, and other related solar products and services. There are also commercial electric charging stations for these vehicles.

Elon Musk is the CEO of the Tesla group since 2008. The company was founded on the 1st of July 2003 in San Carlos California USA. The founding fathers of Tesla group include Elon Musk, Martin Eberhard, Ian Wright, Marc Tarpenning, and JB Strubel.

Despite the pandemic, Tesla has remained very relevant with each stock with a worth of $691 making the company very profitable.

Tesla has modernized and made sure that electric vehicles have Hi-Tech interiors with desirable and outstanding performance with usable driving range. A Tesla model x crossover has room enough for seven people and this particular model is the most expensive Tesla car that features unique falcon-wing doors.

In this post, we will be looking at all the latest Tesla car models in the world, their prices, and how to buy them.

Get ready to see the most incredible Tesla models in the world today.

Here are the Best Tesla Car Models to Buy in 2023 and prices: 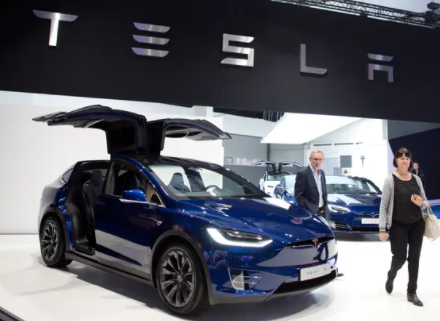 The 2019 Tesla Model X may be the most environmentally friendly—and one of the fastest—way to transport up to seven people over rough terrain. The Model X, as the crossover cousin to the brand’s classic Model S sedan, is actually practical, with all-wheel drive, a high-tech cabin with seating for up to seven people, and the striking but fiddly Falcon Wing doors. It is definitely one of the Best Tesla Car Models in the World 2023 to buy.

The Model X is fitted with a battery that can cover a claimed driving range of 325 miles. A high-performance variant with a 289-mile range and a claimed zero-to-60-mph time of 3.5 seconds is also available. You don’t think it’s quick enough? For an additional $15,000, Tesla can allow Ridiculous Mode on the Model X, which reduces the acceleration time to an astounding 2.8 seconds. 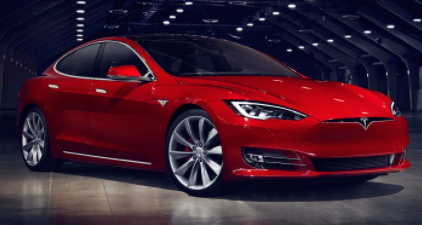 Before the game-changing Model S sedan arrived, Tesla’s effect on the American automotive landscape was negligible. This all-electric luxury car proves that gasoline engines aren’t the only mode of transportation. Tesla has also gone so far as to demonstrate that gasoline engines aren’t the only way to have fun behind the wheel. The 2019 Tesla Model S comes in two flavors: efficient and vicious, with the most powerful version claiming a 2.4-second zero-to-60-mph speed. It is definitely one of the Best Tesla Car Models in the World to buy. 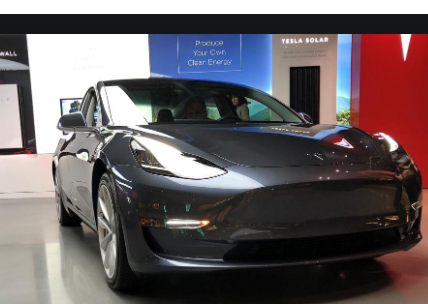 It has a similar range and semi-autonomous driving technology as the Model S, but it costs half as much. Instead, the 2019 Tesla Model 3 is positioned as an all-electric rival to small luxury sedans. The promised $35,000 Model 3 is now only available by special order, which means the least expensive online edition starts at $41,100, putting it in the same price range as the BMW 3-series and Mercedes-Benz C-class. The available driving range of the Model 3 ranges from 240 miles for the base Standard Range Plus Battery model to 310 miles for the Long Range Battery model. It is definitely one of the Best Tesla Car Models in the World 2023 to buy. 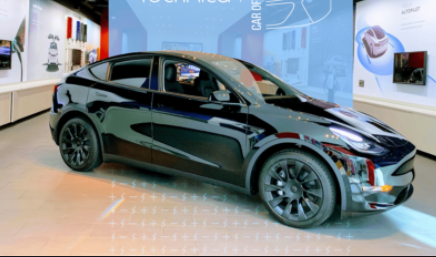 Tesla’s Model Y SUV has plenty of cargo space, a long driving range, and plenty of tech features, but it lacks the vigor and innovation of its siblings.

The Model Y has a big job as Tesla’s first compact SUV: appealing to luxury SUV buyers who want an EV to replace a gas-powered option from brands like Audi, BMW, and Mercedes-Benz. The all-wheel-drive Long Range model will have a large battery pack that will provide up to 316 miles of driving range; performance and rear-wheel-drive Long Range versions will also be available. It is definitely one of the Best Tesla Car Models in the World to buy. 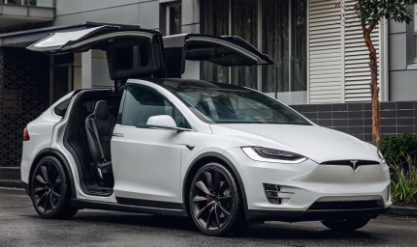 The Model X is an expensive but obvious option if you’re looking for an electric SUV, thanks to its long-range, quick-charging battery, and impressive acceleration. With all-wheel drive, a high-tech cabin with seating for up to seven people, and striking but fiddly Falcon Wing doors, the X is actually very practical. Two models are available, each with a driving range of over 300 miles and incredible acceleration thanks to two onboard electric motors; the Model X also handles well for such a large SUV, thanks in part to its batteries being located in the floor, resulting in a low center of gravity. It is definitely one of the Best Tesla Car Models in the World 2023 to buy. 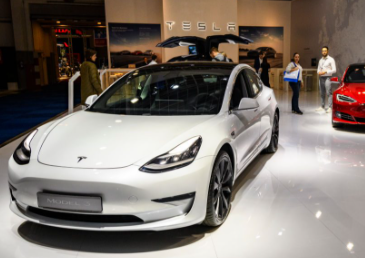 Elon Musk might say some insane things, but one thing is certain: his electric vehicles have changed the world.
The Model S was the first long-range, widely expected electric vehicle when it debuted in 2012, and mainstream automakers have been trying to catch up ever since. The Model S is still impressive—the Long Range Plus version now has an EPA-estimated range of 402 miles—but despite its focus on autonomous technology, over-the-air updates, and Easter eggs, Tesla’s interiors and build quality occasionally fall short of expectations. It is definitely one of the Best Tesla Car Models in the World to buy. 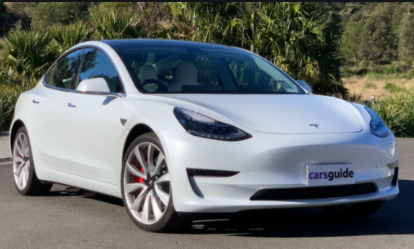 The Model 3, a four-door sedan approximately the same size as the BMW 3-series, offers fast acceleration and a futuristic, streamlined interior. There are many battery configurations to choose from, and all models are rated to fly more than 200 miles on a single charge; the Long Range model reports a range of 322 miles. The Performance model accelerated from zero to 60 mph in 3.5 seconds in our testing. It is definitely one of the Best Tesla Car Models in the World 2023 to buy. 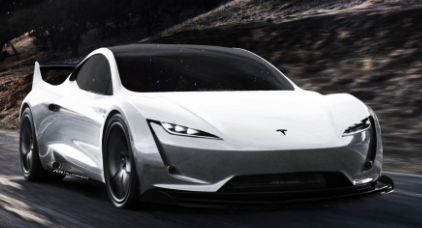 The new Tesla Roadster is expected to return to the lineup in 2023, continuing where the previous model left off. Even if most Model S and Model X customers don’t recall it, the original Tesla Roadster placed the all-electric automaker on the map. Tesla Roadster is currently the best tesla car in the world in 2023.

The second-generation Roadster, set to debut in 2023, improves on its predecessor by adding two small rear seats, a significantly longer driving range, and a significantly higher level of performance. When the Roadster prototype was unveiled in 2017, Tesla CEO Elon Musk boasted of a 1.9-second 60-mph time and a top speed of 250 mph. 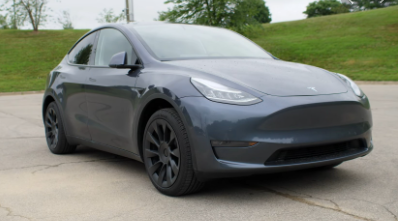 The all-electric Model Y compact SUV, which shares its platform and much of its cabin with the Model 3 sedan but has more cargo space, is Tesla’s most recent model.

The 2023 Tesla Model Y uses the frame, interior, and powertrain from the smaller Model 3, but adds more cargo space, an optional third row of seats, and SUV styling to the brand’s more affordable offerings. The Model Y’s dual onboard electric motors provide plenty of power; the rear-wheel drive is standard on the Standard Range model, but the all-wheel drive is standard on the Long Range and Performance versions. With a maximum range of up to 326 miles per charge, the driving range is excellent. It is definitely one of the Best Tesla Car Models in the World to buy. 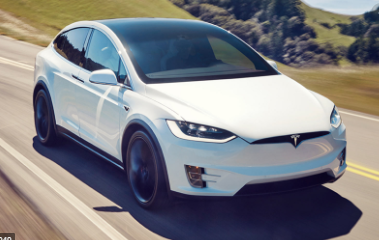 The electric motors in the Model X provide on-demand all-wheel drive as well as performance-car acceleration. The handling is also remarkably agile for a vehicle of this scale. The Model X’s optional third row of seats should appeal to buyers who are looking for added comfort. 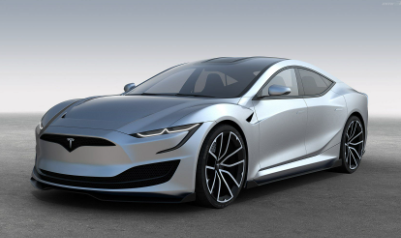 Elon Musk may say insane things, but his electric vehicles have changed the world, and it wouldn’t have been possible without the Model S. Tesla’s Model S sedan was the first mass-market vehicle to demonstrate that electric vehicles could be fun to drive, environmentally friendly, practical for daily transportation, and even long trips. It is definitely one of the Best Tesla Car Models to buy.

The Model S can travel between 390 and 520 miles on a single charge, depending on which trim you select, and has acceleration that rivals some of the world’s best supercars. 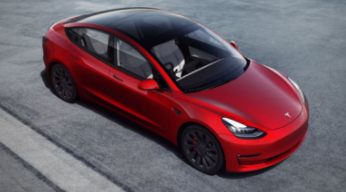 Tesla has changed the electric car landscape on its own, and the 2023 Model 3 is the most accessible way to get one of these technical marvels in your driveway.

It takes some styling cues from the Model S sedan and Model X SUV from Tesla, but it stands out with a special interior design and an all-glass roof. The Model 3’s acceleration is quick, and the chassis is fun to drive, especially in the Performance model, which has a sportier suspension and a track driving mode. It is definitely one of the Best Tesla Car Models in the World 2023 to buy. 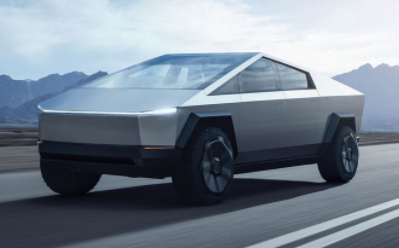 The Tesla Cybertruck may appear to have been dropped off by an extraterrestrial race, but it has the power to compete with any of the top-selling pickup trucks.

Tesla’s all-electric truck is seriously tough, with a sharp-edged exterior made of scratch- and dent-resistant stainless steel. The Cybertruck can tow up to 14,000 pounds and has a driving range of 500 miles or more, thanks to available all-wheel drive. Although that is true for the most expensive model, the most affordable model starts at $39,900. Of course, we still don’t know anything about the Cybertruck, including when it will be available for purchase. Currently, it appears that the first models will be released in late 2023.