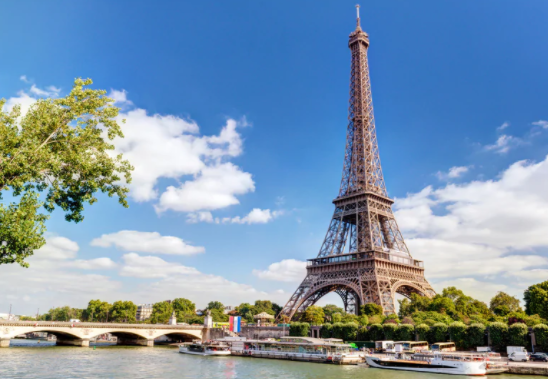 Eiffel tower has a history that makes it become part of French national heritage. This tower was built by Gustave Eiffel in 1889 and decades later it has become the symbol of Paris and France especially. When the store was built it was done and meant to be temporal in the Parisian landscape and today it is one of the most favorite landmarks in Paris.

You’ll get to know everything about the history of Eiffel tower Paris on this page.

It would interest you to know that this power structure came out of a competition that was organized in order to celebrate this great event. The aim of this structure is to build a tower on the champ de Mars with a square base 30 m high and 125 m wide. Over 107 proposals were submitted officially but Gustave Eiffel’s proposal was chosen. This great feat was not achieved by himself alone but he had the help of professional engineers like Emile Nouguier, Maurice Koechlin, and architect Stephen Sauvestre.

Achieving the incredible structure of the Eiffel tower was not an easy feat because at a particular time there was an uprising against the construction of the structure due to several concerns. at a point in time, there was a letter that was titled “artists against Mr Eiffel’s tower” in the letter they stated that the tower would be a big threat against the beautiful nature of Paris. According to them erecting an iron tower is unacceptable and in contrast to the beauty of the city some even called it “The skeleton of Beffroi”. This means that the gigantic appearance of the structure might disfigure the city. 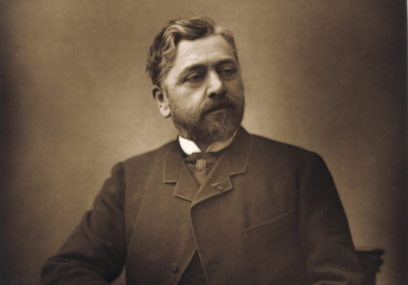 Despite all the uproar that came up in concern of the structure the building still came up and this is the breakup of the construction:

After the establishment of the structure, it was revealed that the licensing rights for the construction of the tower would only last for 20 years which would be followed by imminent destruction however this building had made a huge impact on the French society because over two million people had visited the tour during the universal exposition. it is safe to say that currently the structure is now the symbol of the French industrial power and it is just as successful as the 1900 universal exposition. You know whether to avoid the destruction of the tower after the expiration of the licensing Gustave Eiffel put in great efforts in order to prove the scientific utility of the structure.
the structure underwent scientific experiments which we have conducted using physiology and astronomy but what made the structure very useful was it used as a radio antenna tower and this was being used for military communications then permanently used for communications in radiotelegraphy. this tour was greatly utilised during the First World war and it could be said to be a very crucial part of the French history.

The Eiffel tower is currently known to be the most visited attraction in Paris and even the rest of the world. 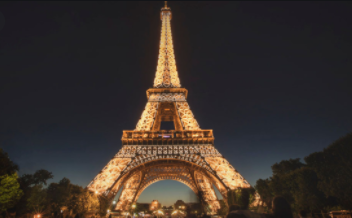 Here are amazing facts about the Eiffel tower:

1. From March 31, 1889, until the completion of the Chrysler Building in New York in 1930, the tower was the world’s tallest man-made structure for 41 years.

3. Before the building of a military transmitter in the town of Saissac in 1973, it was France’s tallest tower. The Millau Viaduct, which opened in 2004, is 343 meters long.

4. Climbing to the top is possible, but there are 1,665 steps. The majority of people use the elevator.

5. The lifts cover a total distance of 103,000 kilometers per year, which is almost twice the diameter of the Earth.

7. The tower shrinks by about six inches in the winter.

8. Gustave Eiffel, the tower’s engineer and architect, was also involved in a failed French effort to construct a canal in Panama, and his reputation suffered as a result of the fiasco.

9. The interior of the Statue of Liberty was designed by Eiffel.

10. Beethoven’s 5th symphony was playing when he died.

More than 250 million people have visited the tower since it first opened.

13. It took two years, two months, and five days to construct, which is 180 years less than Notre Dame, Paris’s other main attraction.

14. The tower’s lift cables were cut during the German occupation, and the tower was closed to the public. After that, Nazi soldiers tried to affix a swastika to the top, but it blew away and had to be replaced with a smaller one.
15. When the Allies invaded Paris in 1944, Hitler directed Dietrich von Choltitz, the city’s military governor, to demolish the tower and other parts of the city. The general turned down the offer.

17. The tower was the centerpiece of the Exposition Universelle (World’s Fair) in 1889, which commemorated the French Revolution’s centennial.

18. Sir John Bickerstaffe, Mayor of Blackpool, was one of the attendees at the 1889 World’s Fair. He was so taken with the new attraction that he had a version constructed on the English seafront.

19. A View to a Kill, a Bond film from 1985, features the tower. There’s a fight in the stairwell and a scene in the Jules Verne restaurant.

20. In the Beatles song I Am the Walrus, Semolina Pilchard scales the Eiffel Tower.

21. There are many other replicas around the world, including one in Las Vegas and another in Shenzhen, China’s Window of the World theme park.

22. In 1914, the tower was instrumental in the Allied victory at the First Battle of the Marne. One of its transmitters disrupted German radio communications, preventing them from moving forward.

23. It was supposed to be demolished after 20 years, but its use as a wireless telegraph transmitter (in cases like the one above) meant it was allowed to remain.

24. Between 1925 and 1934, French car maker Citroen used the tower as a giant billboard, with the company logo emblazoned on the tower using a quarter of a million light bulbs, and the Guinness Book of Records declared it the world’s largest advertising.

25. In 2008, an object fetishist married the Eiffel Tower, renaming herself Erika La Tour Eiffel in honor of her “partner.”

27. The British Virgin Islands issued a special tower-shaped $10 coin to celebrate the 125th anniversary of the Eiffel Tower’s completion.

28. A number of pilots have flown an aircraft under the tower’s arches. After a failed attempt in 1926, Leon Collet was killed.

29. In the storm, the tower sways between six to seven centimetres (2-3 inches).

30. Gustave Eiffel kept a tiny third-floor apartment for entertaining guests. It is now open to the general public.

32. In 1960, Charles de Gaulle suggested deconstructing the tower and transporting it to Montreal for Expo 67. The proposal was turned down.

33. The names of 72 architects, scientists, and mathematicians who contributed to the tower’s construction are etched on its side.

34. In the video game Call of Duty: Modern Warfare 3, an airstrike destroys the tower.

35. The Eiffel Tower has 20,000 lightbulbs that make it sparkle every night.

39. A local newspaper organized a stair climbing competition at the tower in 1905. A M.Forestier was the winner, reaching the second stage in three minutes and 12 seconds.

40. In 1923, Pierre Labric cycled down the tower’s stairwell. While he won a bet, he was arrested by local cops.

41. If there was any justice in naming it, it would have been named the Koechlin-Nouguier Tower, after the two engineers who came up with the concept in the first place. Of course, it doesn’t quite have the same ring to it as “Eiffel Tower”!

45. The Eiffel Tower is now 324 meters tall, equal to an 81-story building, due to the addition of radio towers on top.

47. The tower is painted in three different shades of color to give it the proper perspective from the ground — so that it “looks” the same from the top as it does from the bottom.

48. The Eiffel Tower is repainted every few years. It has been repainted 18 times as of 2020, one every six to seven years.

49. The golden-brown hue of the Iron Lady hasn’t always been the case. She was painted yellow for the 1900 Universal Exposition.

51. The highest level, Level Three, has over 1,700 levels. (Fortunately, you can no longer walk up them, but you can walk to the second floor, which is just 700 steps!)