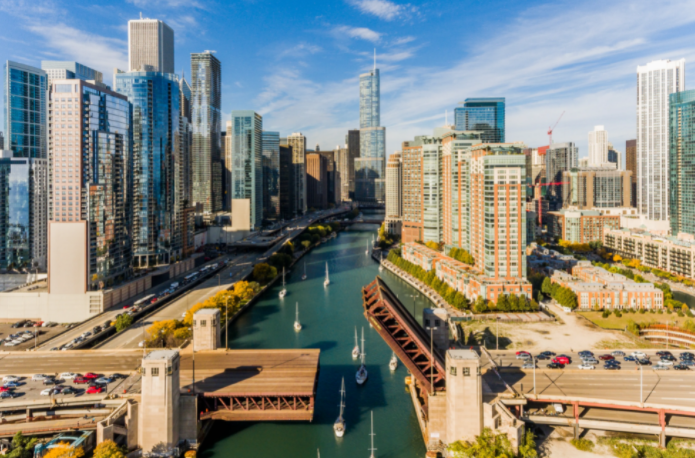 Largest Cities in the USA by Population

Introduction: What is the Density of a City?

The density of a city is the number of people who live in a certain area. It can be measured by the population per square kilometer.

The density of a city is an important factor that influences how people live, work, and travel.

The densest cities are not always the biggest cities. This is because some cities tend to be more densely populated than others due to their favorable geography and/or location.

In general, high-density cities tend to have higher incomes and lower crime rates than low-density ones do.

How Big is a City’s Land Area?

A city is a large area of land that is built up with many buildings and people, so it has a large land area.

How big is a city’s land area?

A city’s size can be measured by its total land area. This includes the total amount of land that the city occupies as well as the amount of water in and around it.

The Largest Cities of The United States

The United States of America is the world’s third-largest country by land area. The United States Geological Survey recognizes 50 states and about 4000 cities (these cities qualify as “cities” based on population). With a total size of 9.834 million km2, the United States ranks third.

The ten largest cities in the United States by land area will be discussed below. This does not include water bodies; if we add water bodies, the region will be too huge, and the information about the largest cities in the United States in 2022 will be inaccurate. As a result, only land areas are taken into account when estimating the size of cities or countries.

Arizona’s capital is Phoenix. It is the tenth largest city in the United States (by area). Phoenix is also home to the state’s greatest population. This city has a population of 15,63,025 people. The Valley of the Sun is a common nickname for this city. It covers an estimated 517.9 square miles. Phoenix is also the 6th largest city in the United States of America in terms of population. During the winter, the city gets a considerable number of visitors. With Indian and Spanish colonial influences, the city has a modern infrastructure. The three mountains surrounding Phoenix offer a variety of exciting sports like as rock climbing, hiking, trekking, bicycling, and so on.

READ: Top 10 Best Cities to Live in USA with family 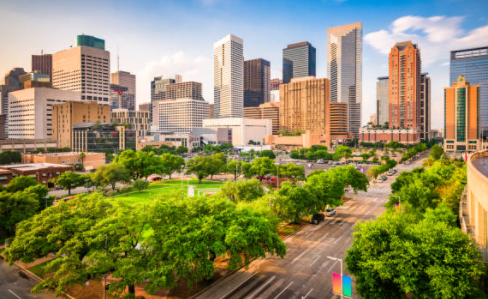 Houston is the largest city in the United States’ southern region. In comparison to the other cities in Texas, it also has the largest population. Houston covers a total area of 599.6 square miles. According to the 2010 census, Houston’s total population was roughly 2,099,451.

Houston is the fourth most populous city in the United States and the most populous in Texas. It is also one of the fastest-growing cities in America, with a current population growth rate of 1.7% per year. 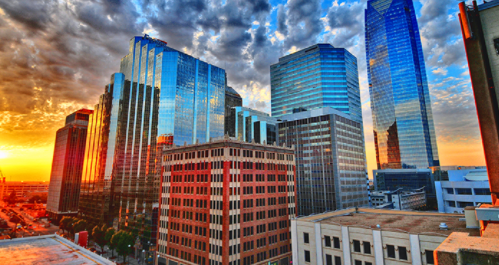 This city is located in the state of Oklahoma’s central region. It is also known as the state’s largest city. It covers 607 square miles and has a population of around 600,000. In terms of population, this city is the 27th largest in the United States. The city has a lot of interesting things to see and do for visitors. It gives visitors a glimpse into the artistic and creative side of the city’s population.

Oklahoma City is the capital and largest city in the state of Oklahoma. It is situated in northeastern Oklahoma at the confluence of two major US highways, I-35 and I-40.

Oklahoma City is a diverse, metropolitan area with a population that exceeds 580,000 people. It has many attractions for visitors including museums, art galleries, performing arts centers and sporting events.

Oklahoma City was founded on May 22nd 1889 by Cyrus K. Holliday on a plot of land that he purchased for $4 an acre from J.W. Fulks and J.L Johnston. 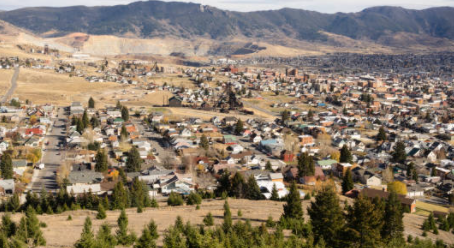 It is one of the top seven cities in the United States, and the fifth most populated in Montana. There are barely 34,200 inhabitants in the entire town. It is located on the Mississippi River’s western bank. The city has a total size of 716.2 square miles, making it Montana’s second-largest city in terms of population.

Butte is a city in the U.S. state of Montana. It is the county seat of Silver Bow County and has been called “the most beautiful town in America.”

Butte, Montana is a city in the United States state of Montana. It is the county seat of Silver Bow County and has been called “the most beautiful town in America.” The city was founded on August 14, 1864, by gold prospectors who named their new discovery after Butte Creek. The creek had previously given its name to the nearby mining district and served as an important source of water for early settlers. Butte was at one time home to approximately 70,000 people, but by 1900 that number had dwindled to about 3,000 due to rapid development and several large fires that devastated much of the city. 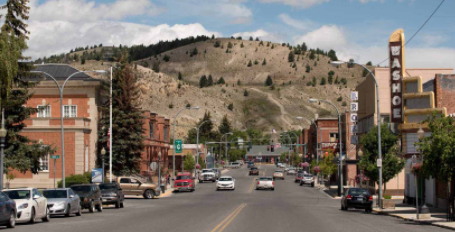 The city has an area of approximately 735.6 square miles, making it Montana’s largest city in terms of area. This city has a population of only 8,301 people. The city is not well-known, making it a dreary place to visit and live. Due to its stunning landscapes, just a few movies have been made in this city. Apart from the fact that it is one of the country’s six largest cities, there isn’t much to say about it. 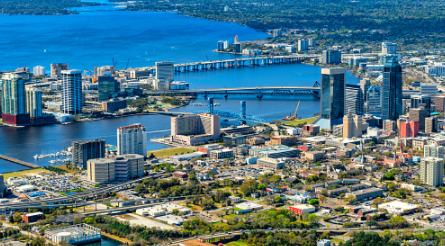 In terms of both land and population, this city is the largest in Florida. In a total area of 747 square miles, it is estimated that 841,583 people live. As a Florida seaport community, the city is known as “The River City.” This city serves as North Florida’s commercial, cultural, and financial hub. Jacksonville has a well-developed infrastructure that allows visitors from all over the country and the world to easily visit the city.

Jacksonville, Florida is the most populous city in the state of Florida and the largest city by area in the United States.

Jacksonville is a major port on the St. Johns River, where it flows into Duval County and then into Nassau Bay. The city has a growing cultural scene with a diverse population and has been called “The City that Never Sleeps” because of its nightlife. 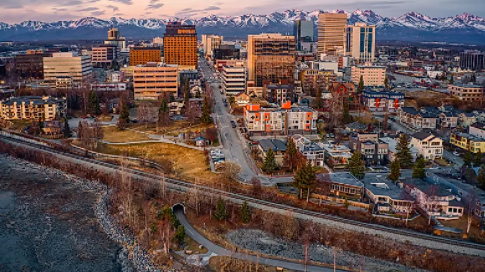 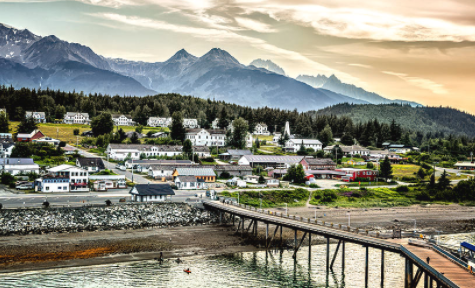 According to the 2010 census, this city has a population of only 2,369 people. This city has a total size of 2,541.5 square miles. The city is located on the state’s southeast coast. The city is bordered by two countries: Canada and British Columbia. The metropolis has enough room to accommodate millions of people, yet there are a variety of reasons why Alaska’s population is so low.

Wrangell is a city in Alaska that is located on the Kenai Peninsula. It has a population of about 3000 people.

Wrangell was founded in 1881 by William H. Seward and his partner, James Wickersham. It was incorporated as a city in 1887 and named after the Russian explorer, Grigori Yavlinsky who explored the area in 1741.

Wrangell has an interesting history with regards to its location on the Kenai Peninsula and its name changes. 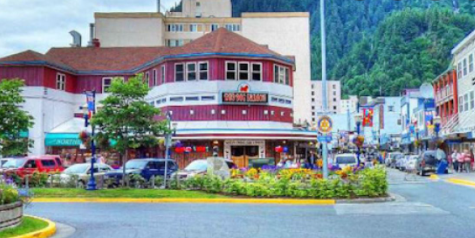 It is the United States’ second largest city. It is also Alaska’s state capitol. It has a total population of around 31,275 people. This metropolis has a total size of 2,701 square miles, making it the country’s second largest city. This city is larger than the combined states of Rhode Island and Delaware. The city has plenty of room for individuals to come and live.

Juneau is the capital of Alaska, and it is the second largest city in the state. It is also known as the “Magic City” because of its natural beauty.

Juneau was founded in 1899 by Judge James Wickersham and John H. Juneau, who were looking for a place to make a new start away from the overcrowded Klondike Gold Rush towns. The city was named after their friend, Juneau Cannery & Trading Company owner James J. D. Wickersham Jr., who had been killed in a bear attack earlier that year while hunting for gold on nearby Douglas Island, which is now part of Juneau’s harbor.

The city has since grown into an important port and fishing hub with a population of around 30,000 people. 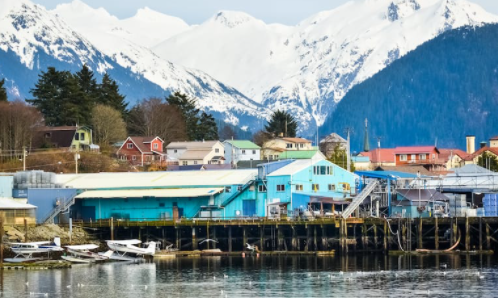 Is the largest city in the United States. It is located in the state’s southeast portion. Though it is the largest city by area, its population is quite low in proportion to the surrounding area. In terms of tourism, the city is not very well-known or popular. The city’s total population is 10, 323 people, the majority of whom live on the city’s southern side, where it is warmer. Sitka’s northern region is recognized for having the country’s toughest weather.

We learned about the ten greatest cities in the United States of America in 2022 from the preceding section. It also contains vital information about each city, such as its population, area, geographical location, and culture. This article also revealed several intriguing facts, such as the fact that Alaska has the most largest cities in the United States, although their total population is not even close to that of any other city in the country.

The explanation for this could be Alaska’s harsh weather conditions, which make it difficult for people to acclimate to the state’s geographical surroundings. Another factor could be that Alaska lacks important infrastructure that other states’ cities have. In comparison to Alaska, the other six cities have a bigger population.

How to Find out which City is Biggest?

This is a common question that people ask themselves. There are many methods of figuring out which city is the biggest, but the easiest one is to use Google Maps.

Google Maps uses a measurement called “area” to determine which city is bigger. The area of a circle with a radius of 1 mile equals 64.27 square miles. So, if you want to find out which city has the largest area, you can measure the distance between two points on Google Maps and see how long it would take for you to walk around that circle in order to get from one point to another point.

For example: A person wants to know how big New York City is in comparison with London City. They measure the distance between two points on Google Maps

Tips for Choosing the Best US City based on its Land Area!

It is not easy to choose the best US city based on its land area. You need to consider many factors, such as population, income, cost of living, and other important metrics.

Here are 10 tips for choosing the best US city based on its land area!

1) Population: Find out how many people live in the city you are interested in. A larger population means that there will be more opportunities for you to find a job and make friends.

2) Income: Find out what average income is in the city you are interested in. A higher income means that there will be more opportunities for you to save money and make investments.

3) Cost of living: Find out how much it costs to live in the city you are considering. A lower cost of living means that there’s no limit to what you can achieve.