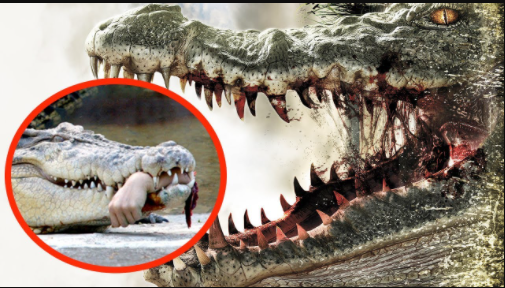 Most Deadly Animals in the World 2023

Most of the animals we know are domestic animals and animals that could be used for agricultural purposes. Few of the wild ones we know are the ones we see in the zoo or some movies but what we don’t know is that there are a lot of dangerous animals are there in the world in several habitats.

when people talk about phobia they usually talk about spiders that are known to be very poisonous, they are also very dangerous animals that are in the sea while some others are occupying the land. Most of these animals are found in the selected areas like the desert rainforest and others.

Whenever you think of poisonous animals you might think of snakes but it doesn’t just stop there. it extends to animals that are on four feet. Whenever we watch National geographic television and see some of these animals we cringe and trust me they really do exist and are very dangerous as painted.

Top 10 Most Dangerous Animals in the World 2023

Here are the Most Dangerous Animals in the World 2023:

These translucent, virtually invisible invertebrates are mostly found floating (or slowly traveling at speeds close to five miles per hour) in Indo-Pacific waters, and the National Oceanic and Atmospheric Administration consider them to be the world’s most venomous aquatic animal. 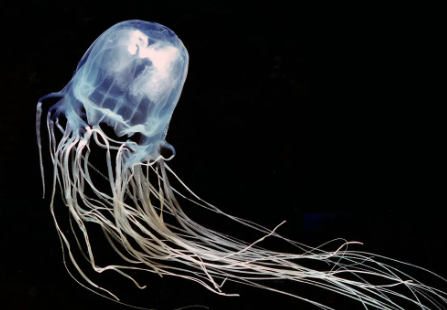 Their namesake cubic frames have up to 15 tentacles at the corners, each growing up to 10 feet long and lined with thousands of stinging cells called nematocysts that contain toxins that invade the heart, nervous system, and skin cells all at the same time. This makes it one of the Most Dangerous Animals in the World 2023. Although antivenoms are available, the venom is so potent and overwhelming that many human victims have been known to go into shock and drown or die of heart failure before reaching the shore in the hundreds of confirmed fatal encounters each year. Even if you are fortunate enough to make it to the hospital and obtain the antidote, survivors can be in excruciating pain for weeks afterward, and the creature’s tentacles may leave unpleasant marks.

While many snake species have enough venom to easily kill a person, not all of them take the multifaceted approach that the Indian saw-scaled viper does, which is why it is one of the most common causes of snakebite. These reptiles, also known as the little Indian viper or simply the saw-scaled viper, live in some of the most densely populated areas of their range, which extends far beyond India. This viper is one of the most Dangerous Animals in the World 2023. 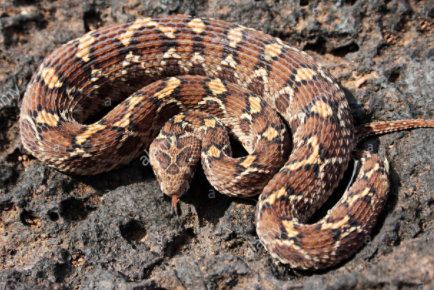 They hide in plain sight by blending into the desert landscape with their natural camouflage. Since they are most active at night, listen for their defensive sizzling sound, which is triggered by a behavior called stridulation, in which the snake coils up and rubs its scales together. Even with an alert, saw-scaled vipers are highly vicious, with each bite delivering more than twice the lethal dose. (Fortunately, antivenom is available.)

They are located in: Parts of the Middle East, Central Asia, and the Indian subcontinent

Pufferfish, sometimes called blowfish, can be found in tropical waters all over the world. While they are the second most toxic vertebrate on the planet (after the golden arrow dart frog), they are arguably more harmful since their neurotoxin (called tetrodotoxin) is present in the fish’s skin, muscle tissue, liver, kidneys, and gonads, all of which must be avoided when the species is prepared for human consumption. 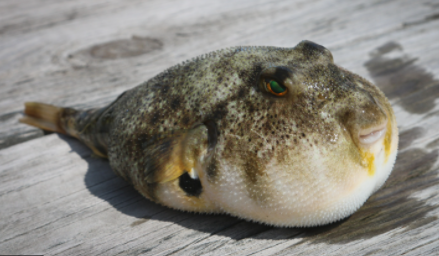 Pufferfish is among the most Dangerous Animals in the World 2023. Though wild encounters are undoubtedly risky, the risk of death from a pufferfish increases when consumed in countries such as Japan, where it is regarded as a delicacy known as fugu and can only be prepared by qualified, licensed chefs—even then, accidental deaths from ingestion occur several times each year. Tetrodotoxin is up to 1,200 times more toxic than cyanide, and it can cause paralysis of the tongue and lips, dizziness, vomiting, arrhythmia, trouble breathing, muscle paralysis, and death if not treated.

While poisonous species such as the boomslang and king cobra are dangerous, the black mamba is particularly deadly due to its speed. The snake (which can grow to be 14 feet long) is the fastest of all snakes, slithering at speeds of up to 12.5 miles per hour, making an escape in remote areas much more difficult. 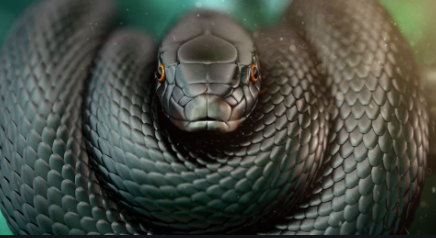 Thankfully, black mambas only attack when they feel threatened—but when they do, they bite repeatedly, producing enough venom (a mix of neuro- and cardiotoxins) to kill ten people in a single bite. And if the appropriate antivenom is not administered within 20 minutes, the bites are almost always fatal. The black mamba is among the most venomous snakes in the world.

They are located in: The savannas and rocky areas of southern and eastern Africa

Some spiders flaunt their lethality with bright colors or alien-like appendages, but few are as capable as the glossy black Sydney Funnel-Web Spider of delivering on that promise. Since the atraxotoxin in their venom causes the human nervous system to short out, a funnel-web bite will result in death in as little as 30 minutes in adults. (Interestingly, non-primate animals, including domestic dogs, are unaffected by their venom.) 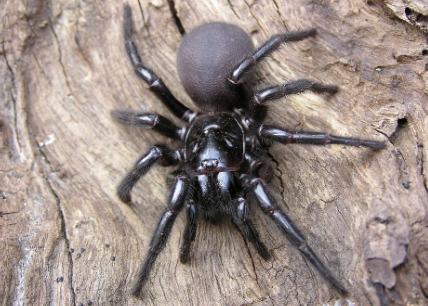 The presence of humans, as well as the natural activity that drives funnel-webs to seek shelter and create webs in sheltered burrows—like shoes and lawn ornaments—make funnel-webs particularly dangerous. This spider is one of the top 10 most Dangerous Animals in the World 2023. The fangs of funnel-webs can pierce a human fingernail or even a foot, which they will do repeatedly when challenged. The bite of a funnel-web spider is so terrifying that doctors advise finding antivenom after tangoing with every black spider in the funnel-web family.

They are located in: The eastern and southern coasts of mainland Australia, plus Tasmania

The most venomous fish known to humans is small and quick to overlook—exactly what it desires. After all, stonefish are named after their resemblance to rocks, sitting perfectly still and blending right into the seabed, where an unprepared foot would easily step down on their dorsal fins, primed and ready with powerful neurotoxins. 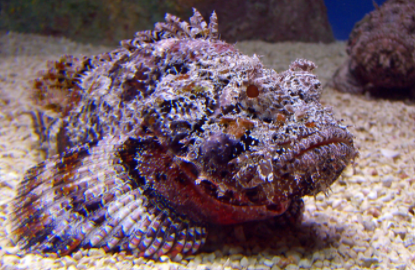 The unluckiest clodhoppers can take a hard step, raising the amount of venom injected and possibly triggering the stonefish’s secondary defensive mechanism, the lachrymal saber, which has been compared to a switchblade of the face. Stonefish venom can be fatal within an hour, so it’s best to pursue antivenom right away, and denature the venom with water heated to over 113 °F (45 °C) in the meantime. Above all, be careful where you walk because the stone fish makes one of the most deadly Animals in the World 2023.

They are located in: Coastal Indo-Pacific Ocean, The Red Sea, and the Great Barrier Reef

Alligators in Florida are frightening, but they’re nothing compared to their relative, the terrifying crocodile, which is more irritable, easily provoked, and violent against anything that gets in its way. The saltwater crocodile is the world’s biggest — and most dangerous — animal. Crocodiles, which can grow up to 23 feet long and weigh more than a ton, are estimated to kill hundreds of people each year, with crocodiles being responsible for more human deaths than sharks. 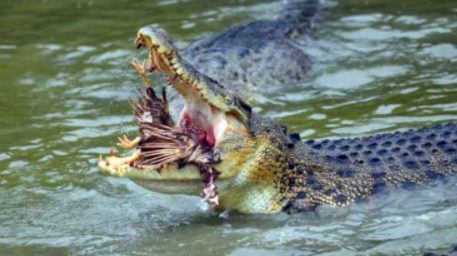 Saltwater crocodiles are particularly dangerous because they can swim well in both salt and freshwater (yes, their name is perplexing), and can strike rapidly with a bite that delivers 3,700 pounds per square inch (psi) of strength, comparable to that of the T. rex. Rex is a fictional character. If that isn’t enough to scare you, consider this: a well-done steak is chomped at about 200 psi, or around 5% of the strength of a saltie’s jaw. These crocodiles are among the most deadly Animals in the World 2023. 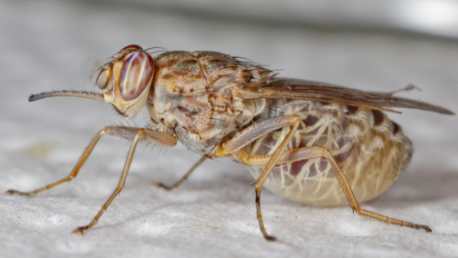 These microscopic pathogens are the cause of African Sleeping Sickness, a neurological and meningoencephalitis disease characterized by behavioral changes, impaired coordination, and sleeping cycle disruptions that give the disease its name. The disease can be fatal if left untreated. Although there are no vaccinations or medicines available to prevent infection, wearing neutral-colored clothing (the tsetse fly is attracted to bright and dark colors, especially blue), avoiding bushes during the day, and using permethrin-treated gear in more remote areas are all effective methods of protection.

They are located in: The Sudans, the Democratic Republic of the Congo, and Angola

The common mosquito, which is even smaller than the tsetse fly and measures just three millimeters at its lowest, is the second most dangerous. Our rationale is based on the staggering number of deaths caused each year by different pathogens borne by many mosquito species (out of over 3,000 worldwide). Malaria, Chikungunya, encephalitis, elephantiasis, yellow fever, dengue fever, West Nile virus, and the Zika virus are all spread by annoying insects, primarily those from the genera Aedes, Anopheles, and Culex. 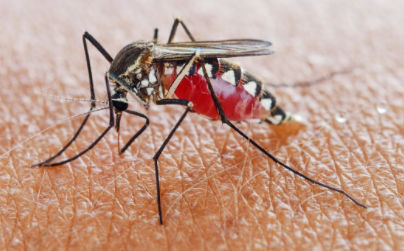 These diseases affect an estimated 700 million people per year, killing More than half of the world’s population is actually at risk of mosquito-borne diseases, according to the World Health Organization. Since bugs are drawn to our body temperatures and the CO2 we exhale, using insect repellents with active ingredients like DEET and picaridin is one of the safest ways to avoid infection. Mosquito is definitely one of the most Dangerous Animals in the World in 2023 especially in Africa.

They are located in: Every region on the planet except Antarctica

Are you surprised? After all, we’re animals, and considering that we’ve been killing each other for 10,000 years, with overall war-related deaths reported to be between 150 million and 1 billion (and that was a decade ago), it’s no wonder that we’re at the top of the list. Despite the fact that we are said to be living in the most stable era in human history, we continue to harass each other with extremely high rates of senseless terrorism, ranging from gun violence to terrorist attacks all over the world. 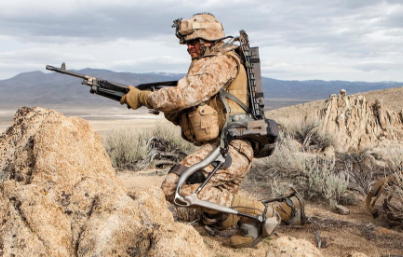 Global warming, the degradation of habitats and coral reefs, and overtourism are all indicators of how we threaten other species. Given the risk we pose to so many other species, as well as the fact that we often behave irrationally and have the capability to annihilate our entire planet with a variety of terrifying arms such as nuclear weapons and genetically engineered superbugs, Human beings are unquestionably the most dangerous animal in the World 2023.

Think about it. No other life form is safe from him, no matter if it’s a plant or an animal. Their natural defense mechanisms don’t work against a human, cause humans have the ability to build tools to extend their capabilities to fit whatever they need. The amount of individual animals he has to eat a day to satisfy his calory demand is quite shocking at times and he uses almost everything he gains from those animals to further improve his capabilities as a successful hunter. He conquers almost every environment there, be it on the ground, near the water, or on top of the trees, and everywhere he settles down, there’s no room for any other species anymore because it’s way too dangerous for them due to traps and the human himself. Humans are social animals that tend to live in ever-growing groups. It’s fascinating and outright scary at the same time.