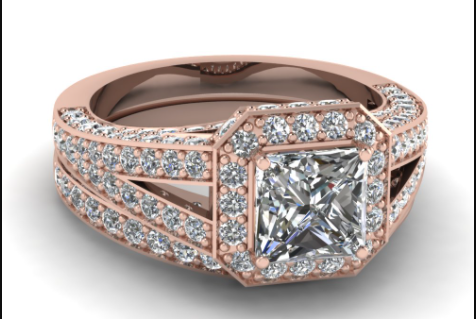 We’re sure it would be lovely for you to know that in the world there are several rings that cost more than a million. It is difficult for a common man to believe that a ring could cost more than sixty million dollars. Diamond rings and the most expensive rings ever created are the enlisted rings. Even queens can be identified by these rings and their diamonds.

this list we are making of the most expensive diamond rings of the world 2023 educates you on all fundamental and even secondary information (origin of the diamonds, color scheme, cutting, polishing, changing ownership, manufacturing, and current ownership).

The price list of these most expensive rings in the world in 2023, ever made, indicates that we do not have the foggiest understanding of owning them. That doesn’t mean that hearing about these pricey diamond rings is going to be detrimental to us. Having awareness of such costly parts would be very insightful. Nobody will stop us from fantasizing about these rings. Let’s start the list here, then.

These are the most expensive diamond rings in the world in 2023 and their full prices:

In the list of the most expensive rings in the world 2023, the 10th number is the Blue Diamond Ring. The ring is a 6.01-carat diamond. The blue diamond described is in a cushion shape, surrounded on both sides by a smaller pink diamond. Sold at auction to an unknown bidder. In Hong Kong, this ring was also offered, and the initial expected price was actually within the $2.5 million range. It only goes to show how truly beautiful it is that this ring sells for three times that amount. Vividly-bright light blue stands out, while the striking composition is contrasted by pink. The victorious ring rounds out a platinum band, making it one hell of an engagement ring (even if it is just in our dreams.)

The Vivid Pink is ranked ninth in the list of the most expensive rings in the world 2023. The five-carat diamond used in this ring is sure to make anyone really happy who sees it up close and personal. In an open auction, a bidder at Christie’s in Hong Kong went for this brilliant beauty. The diamond ring from Vivid Pink went for $11.8 million.

It looks more than enough, though, but what a beauty it has! Shape vise is a cushion-cut (a very common and iconic cut, we might add,) and has been mined in South Africa all the way. The Vibrant Pink Ring is also known for its unique and exotic beauty; any girl will tickle pink with that hard-to-find pink color! The ring was styled “the glittering star” at the Asian auction, and it is fairly easy to see why the ring is given this title.

When you go to the list of the most expensive rings in the world 2023, you remember that the Bulgari Blue Ring is number 8 on the list. It was the most expensive ring of the time when it was sold at an auction, but now it’s the 8th number. It was auctioned at the time for 15.7 million dollars. This is the world’s largest triangle-cut blue diamond! In tandem with a further 10.95-carat Vivid Blue diamond, it contains a 9.87-carat white diamond.

Before making its way to North America, it was first in Rome in the 1970s, where Christie’s was holding on to it for safekeeping. For the Bulgari Blue diamond, the original price estimate was about $5 million, but it went for $15.7 million. This rise in value is linked to a childless lady who bought it for the first time, being a good omen. She gave birth to a baby boy after her purchase and the price of the ring rose three times more than the actual and original estimate.

ALSO SEE: The richest companies in the world in 2023

The Chopard Blue Diamond Ring is ranked seventh by price in the list of the most expensive rings in the world 2023. It sold for $16.26 million. The ring is made of a beautiful oval-shaped blue diamond with an 18-carat white gold band. Embedded with tiny white diamonds, the band used in it is itself. The blue diamond used in this ring originated from a boron deposit that was responsible for the striking shade of blue. The diamond used in the ring looks like a blend of light blue and vivid teal aquamarine. This ring comes from a Swiss brand, Chopard jewelers, well renowned internationally for its elegance and is a “cut” above the rest. This ring may truly be considered a luxury product.

The Vivid Yellow Ring is number 6 on the list of the most expensive rings in the world in 2023. This ring is undoubtedly stunning. It was priced at 16.3 million dollars at an auction. The person who loves yellow is just a diamond for him, then. The yellow diamond used in this ring is the most costly of all time and was sold at the Magnificent Diamonds and Noble Jewels sale at Sotheby’s in Geneva.

The Vibrant Yellow Ring is ginormous and one of the world’s largest cut diamonds, in fact. In both color and form, it seems to emit and reflect all colors that make it a tiny daffodil. The output characteristics are that two diamonds are on the side, totaling more than 100 carats, and it looks like someone’s hand will be severely weighted down! It also goes by the name “Dream Diamond,” and it’s pretty clear to see why.

While looking for the most expensive rings of the world in 2023, we come to know that in this list, the Perfect Pink Diamond Ring is fifth. The diamond used in this ring, a record-breaking jewel sold at auction, was the Perfect Pink Diamond. When it was sold at Christie’s auction, the diamond was 14.23-carat. It was in Hong Kong that the auction was held. It looks so magnificent that we can claim that this ring will match the princess’s finger best. Cut into the form of a rectangle, the jewel is a special pink hue. So this one, as an amazing ring, works double-duty! As a matter of fact, only about 18 diamonds known to weigh more than 10-carats have ever been sold at an auction in the world.

In the list of the most expensive rings in the world 2023, the Winston Blue Diamond Ring appears on the 4th no. The matchless diamond used in this ring is present. It’s an impeccable, bright blue diamond. This diamond is the largest in the entire world! Its price was US$23-8 million. This baby is a whopper: a world record of 13.22 carats. The teardrop-shaped or almond-shaped diamond, we may say, looks absolutely fine. The ring and the diamond seem to be suitable for each other.

The diamond used in the ring was discovered in South Africa. It was taken to various institutes, and on March 25, 2014, The Winston Blue was eventually accredited by the Gemological Institute of America. Harry Winston is the name of The Winston Blue Diamond. In southern Africa, he was a jeweler. The jeweler first named the diamond after it was found.

In the list of the most expensive rings in the world 2023, the 3rd number is the Graff Pink Diamond Ring. 24.78 carats of luxury and sophistication is the diamond used in this ring. Sixty-three years ago, this $46.2 million diamond ring was sold. The Graff Pink diamond ring was sold in Hong Kong at a Sotheby’s auction. It was sold by Harry Winston, a popular jeweler of the time. The Number. The ring fetched almost twice the estimated auction price in the above-mentioned auction! The selling and purchasing of diamond-made items were usually kept secret in those days, but it was done openly. His open auction was also a justification for doubling his price. One of the world’s highest-priced stuff.

1The world’s second most expensive ring of the world in 2023 is the Pink Star Diamond Ring. There is a 72-million-dollar diamond in this ring. The person who sold him was Isaac Wolf. It was such a costly diamond that the dissatisfaction of many rich bidders who tried to buy this diamond at the auction had to be met by many wealthy bidders. The diamond, originally mined in Africa, looks like an enormous scarab beetle, but it’s a pink diamond really. The diamond, when discovered, was initially 132-6 carats in its natural state.

The Pink Dream is another name for this ring because whoever wears it on his finger will not move freely. It is part of the national treasure at this time and no one is the owner. It took two years at least to cut and polish, clarifying the diamond into an oval shape and growing it from 132.6 carats to 59.60 carats.

This diamond was found in the Guntur Kulloor Mine district of India at the end of the seventeenth century. It is a deep-blue hue, 31.06 carats, and has great clarity. In order to get the perfect shape, three separate experts worked on cutting the diamond. Originally, this diamond belonged to King Philip IV of Spain. The oval-cut diamond was seen at the National Museum of Natural History by thousands upon thousands of people, and at one point it also belongs to the Austrian and Bavarian Crown Jewels.