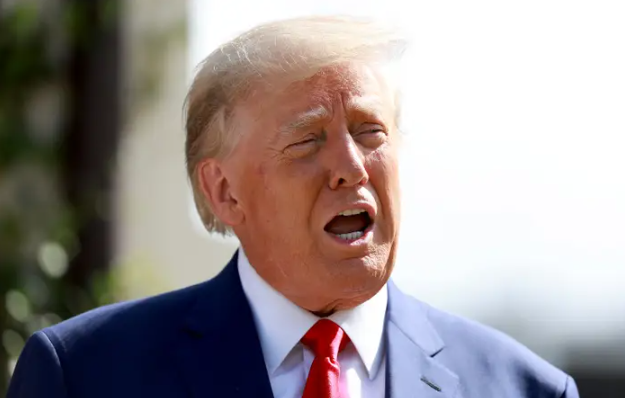 Most hated person on the internet

People are often disliked or hated for a variety of reasons. It could be due to their behavior, attitude, or the way they treat others. In some cases, people may have a negative view of someone because of their beliefs or opinions. Whatever the reason may be, it is important to understand why people are disliked and how we can prevent it from happening in the future.

In order to understand what makes people hated, it is important to look at the root causes behind this phenomenon. For instance, some people might be disliked because of their arrogance or lack of empathy towards others. Similarly, some might be disliked because they are overly critical or judgmental towards others. Other factors such as envy and jealousy can also contribute to making someone unpopular among their peers and colleagues.

It is also important to note that not all hatred is undeserved; sometimes people are justifiably disliked for their actions or words.

Tyrants, villains, and serial killers have a long history. These egotistical people left a lasting impression that will be remembered for generations to come.

There should be no question, though, that there are still those people we genuinely despise.

Thanks to the internet era, we detest people for a variety of strange reasons as opposed to in the past when people despised someone for their cruelty or wicked conduct.

Those motives might be valid, and some might even be amplified by the masses (thanks to social media).

There are many things one needs say or do in order to express hatred to its utmost degree.

Here is a list of people who are so detested by the general public and those with hostile wandering eyes that they would already be dead if some people could have their way.

Here are the most hated people in the world today;

Top 10 Most Hated People in the World 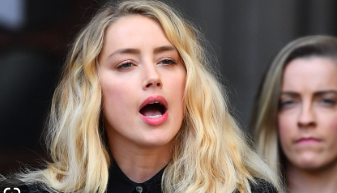 Why was amber heard hated by people on the internet?

Amber Heard’s divorce from Johnny Depp in 2016 brought her into the spotlight and quickly made her a target of online hate. People accused her of lying about Depp’s alleged abuse, as well as of unethical behaviour in her divorce settlement. As a result, she became the subject of numerous online attacks and discussions on social media platforms. Despite this, Amber Heard has remained an outspoken advocate for women’s rights and continues to use her platform to speak out against domestic violence and sexism. 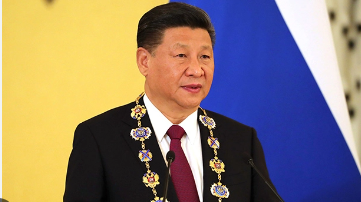 International support for China and its president Xi Jinping is dwindling.

Even if China is now more politically and economically powerful than before, Xi has taken over, and as a result, the Chinese people are now treated less favorably by the rest of the world.

An opinion survey found that because of how China handled the COVID-19 epidemic, China’s reputation suffered over the past year.

The fundamental principles that have shaped China’s political, economic, and foreign policy for decades have undergone a substantial shift as a result of President Xi Jinping’s initiatives.

This had the unintended consequence of moving the nation in a novel direction.

Xi Jinping believes that respect should be bought rather than earned, and he downplays the importance of “soft” power in terms of its influence on the world stage.

In order to expand awareness of Chinese culture and values around the world, he has asked them to 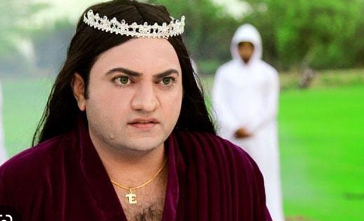 When the Pakistani musician Taher Shah’s song “Eye to Eye” went viral and became a hit online in 2013, it did so for all the wrong reasons.

He continued the prank with another video for that song, “Angel,” which gave everyone a splitting headache.

With his songs, Taher Shah gave the Twitterati plenty of material for memes and jokes.

Some people have even asserted that his songs are riskier than the coronavirus.

Later, he produced and directed the song “farishtey,” which was also made fun of online. 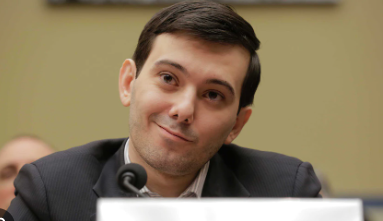 He has been referred to as “all that is wrong with capitalism,” a “morally bankrupt psychopath,” a “scumbag,” a “trash monster,” and other things.

The most efficient medication for toxoplasmosis, a very uncommon parasite illness, was created in the 1950s.

Until recently, people with weakened immune systems, such as those with AIDS, relied on the medication, which costs about $13.50 (£8.80) per dose.

The cost per tablet will rise to $750, according to Mr. Shkreli.

Due to the over 5,000% spike and his combative defense of the decision, he has become reviled by patient-rights organizations, lawmakers, and hundreds of Twitter users. 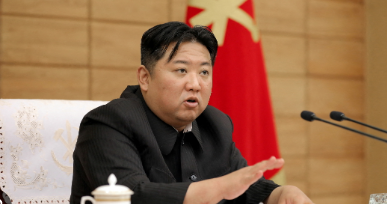 The world has grown accustomed to North Korea’s ridiculous threats over the last 50 years that have no effect.

Some believe that as long as Kim Jong Un is in power, there will never be peace in Korea because he is one of the most terrible dictators in history.

He starves his own people to death and does not provide for their fundamental needs.

He incites both nearby nations and the most advanced nations, like the United States.

North Korea has been a part of what experts in Washington refer to as a “provocation cycle” for many years. This indicates that it intensifies provocative actions like missile launches or nuclear tests, then undertakes charm offensives and makes commitments to start a dialogue. Under Kim Jong Un’s direction, the provocation cycle has a worrisome tendency to spin out of control. 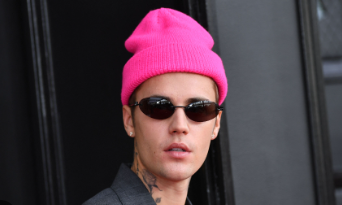 Due to the success of his famous song “Baby,” Justin Bieber became well-known at a young age. However, after being one of the most liked people, he later became one of the most judged due to his troubles.

His previous videos have been racially offensive. He has repeatedly punched his followers in the face and spit on them.

He once argued that rape happens for a reason and that he opposed abortions. 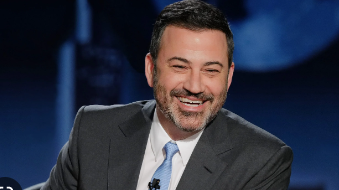 Jimmy Kimmel’s constant opposition against sexism and racism is seen as a sign of hypocrisy.

He is well-known for wearing blackface and behaving like a black man, and there is an online video of him unwillingly asking women to guess what’s inside his pants (the crotch area).

This action drew a lot of criticism.

He made fun of those who watched videos of others playing games but didn’t actually play the game, which infuriated the gaming community as well.

Additionally, several viewers found certain clips from his show “The Man Show” to be highly offensive. 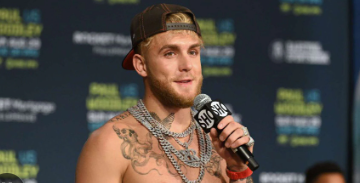 Prior to playing Dirk Mann for two seasons of the Disney Channel series Bizaardvark, Jake Paul rose to fame on Vine.

Paul’s antics have led to numerous issues during his career, including him pulling risky stunts, posting offensive content on YouTube, losing his job on the Disney television program Bizaardvark, and being accused of criminal trespass and unlawful assembly.

He has been the target of numerous scams and allegations of sexual assault. 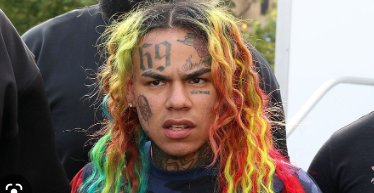 Daniel Hernandez, who is only 24 years old, is arguably one of the most hated people in the entire world.

His music is renowned for its aggressive rapping.

In contrast, his public persona is characterized by his multicolored hair, a large number of tattoos, legal issues, and widely reported celebrity beefs.

Hernandez pleaded guilty to a felony count of using a child in a sexual performance in 2015 and was given a sentence of four years of probation and 1,000 hours of community service.

He was taken into custody in 2018 on suspicion of firearms, drugs, and racketeering.

He admitted admission to nine offenses, including an attempted murder and an armed robbery, and now faces a maximum sentence of 47 years in jail.

He was nearly universally despised for his testimony as a prosecution witness in the Nine Trey Gangsters trial.

Donald Trump is one of the most polarizing figures in recent history. He has become a lightning rod for controversy and criticism due to his controversial statements, brash behavior, and policies. His divisive rhetoric has stirred up strong emotions from people on both sides of the aisle, leading to a deep divide in opinion about him. From his detractors, the hate for him is often based on his lack of respect for democratic norms and values, as well as his alleged disregard for human rights and civil liberties. 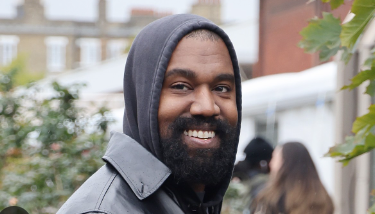 West’s fame is often clouded in controversy and his high self-esteem continues to make him an essential part of the media spotlight. After his divorce with Kim Kardashian he also started another controversy with black lives matter movement which got him canceled from several top brands.

Kanye is also one of the richest rappers in the world.

He argued at the time that Beyoncé should have won the MTV Video Music Award for Best Female Video and she didn’t.

So, the majority of the criticism is directed towards Taylor Swift’s admirers.

He is notorious for abusing his own supporters, notably making a crippled man stand during a show. He frequently gets into altercations with paparazzi.

A decade ago, roughly half of Americans had a favorable opinion of Russia.

Without a question, times have changed.

According to a recent Wall Street Journal poll, Putin has become despised as a result of Russia’s invasion of Ukraine.

Comparatively, only 4% of people had a favorable opinion. several of his former coworkers and friends claim.

Putin, a veteran intelligence agent, is dubious and concerned.

He overstates the threat and has a “we vs them” mentality. He values loyalty highly and abhors disloyalty.

At the apex of Russian society, Putin has developed an oligarchic layer resembling the mafia (better known as his inner circle).

He leads a democratic nation that does not uphold democratic principles.

Because Russia is a hyper-presidential state, the president has significant power (The New Tsar, one might call).