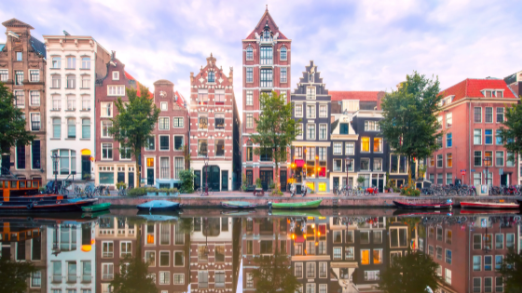 Happiest and Safest Countries In The World

I’m sure you are on this page you can see want to know the safest countries in the world or the safest places to be around the world. Well, the fact is it all depends on certain factors which determine how peaceful a country is. the factors that contribute to how safe is the city or a country would include the kind of government in power and how strong the security is in order to wield off internal aggression and external intrusions.

the ranking that is being used to determine the safest countries in the world is known as the global peace index and this is a report that is being published annually by the economics and Peace institute. this institute is a nonpartisan independent non-profit organization that is dedicated to Ward’s shifting the world’s focus to peace as an achievable positive and tangible measure of human well-being and progress.
The Global peace index mix research on countries to determine how severe and to find out the safest countries in correlation to the most dangerous. in the Global peace index, a total of 163 countries are covered in the report and they are being ranked by using 23 indicators which would indicate how safe or dangerous a country is. These indicators or factors are divided into these categories:

These are the factors used in compiling the peace index report;

From these factors, a total score is being reached for each of the 163 countries that are in this report so the lower the score the higher the nation gets ranked as being safe. one fact however is that the top 25 safest countries in the world are from the European continent. Since 2009, Europe has been known to become the only continent that has not seen a decline in safety.

let’s jump to the list and take a look at the top 10 safest countries in the world in 2022.

Here are the Safest Countries In The World 2022 by peace Index rankings: 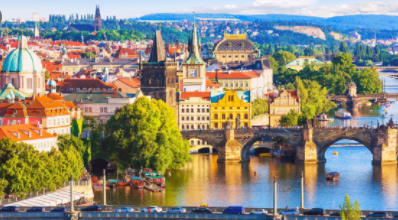 The Czech Republic rounds out the top ten safest countries in the world 2022. The Czech Republic fell three places from seventh to tenth place in 2018. The number of crimes, especially violent crimes, has gradually decreased over time. Despite having reasonably easy access to weapons in the region, this is the case. Terrorism has a low influence in the Czech Republic. The country’s drop in rankings is attributed to its high level of participation in international wars, a high prisoner-to-capita ratio, and a negative evaluation of security forces and police. 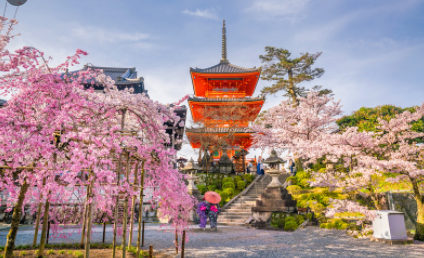 Japan is the world’s ninth safest nation. Over the past 12 years, Japan has ranked in the top ten countries in the Global Peace Index, earning high marks for low crime rates, internal violence, and political terror. Japan’s strained ties with its neighbors, as well as the country’s self-defense forces’ growing size and strength, are both causes for concern. Japan is notorious for its strict gun laws and restrictions on immigration. Carrying a weapon is not considered a personal right in Japan. According to the Economist Intelligence Unit’s Safe Cities Index, Tokyo is the safest city in the world, ranking first in cybersecurity and second in health security, and fourth for infrastructure security and personal security. It is among the Safest Countries In The World 2022.

Slovenia is ranked eighth in the Global Peace Index. Slovenia climbed three places to 11th place in 2018. Slovenia was among the top five countries for demilitarization, with military spending as a percentage of GDP and the size of its military both falling. Slovenia has very low crime rates, especially violent crime rates, with petty theft, bag snatching, and car break-ins being the most common crimes. Slovenia also has a low chance of terrorism. Slovenia is regarded as one of the safest countries in Eastern Europe to visit. 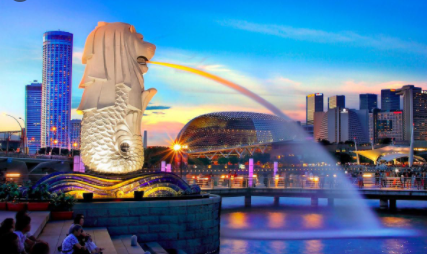 Singapore is currently ranked as the 7th safest country in the world on the GPI. also Gallup report has been conducted from 2018 and the residents of Singapore felt a very high sense of personal security and so far has had positive experiences with the law enforcement agents in the country more than other countries. And Singapore that is a very low crime rate and this is because of the severe penalties issued for minor crimes which wouldn’t give the people the opportunity to carry out other crimes

There is strict gun controls and firearms by the police and the government in Singapore and that is why confrontational and violent crimes are there in the country. The city-state is also the second safest sitting in the world according to the safe city index being collected by The economist intelligence unit. Singapore has ranked first for personal security, infrastructural security, and second for digital security, and in the eighth position for health security. 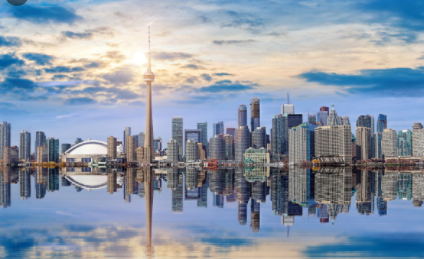 The sixth safest country in the world 2022 is Canada and it has a very booming economy that is attracting a lot of immigrants to the country. Canada has maintained its position on this list since 2018 and has a very good score for internal conflicts, political instability, and levels of crimes. in Canada, the citizens have greater access to healthcare, good job opportunities, and effective government. The most notoriously friendly people in the world are found in Canada and they are very welcoming. Canada’s crime rate in comparison to its neighbor the United States is just one third which is 1.6 incidents per 100000 versus 4.5 per 100000 respectively. in a 2018 Gallup survey conducted in Canada, 84% of the participants said they felt safe in their country. 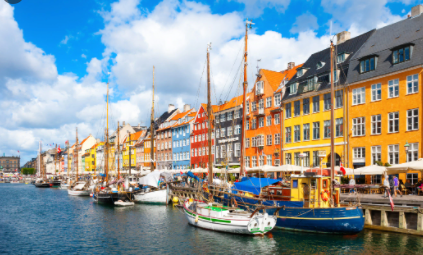 Denmark has been ranked fifth on the global peace index and it is known to be one of the happiest and safest countries in the world. Denmark is that country among the fewest countries in the world where people always feel safe whether it’s day or night and children are being left to roam about freely. there is peace strong sense of common responsibility for social welfare and a high level of equality in Denmark which has contributed to the safety and happiness of Denmark currently. there is hardly corruption in politics or business in Denmark and trust and honesty are known to be strong features in the country. This country is the wealthiest States which means the citizens receive perks and services that enable them to live a very comfortable life. citizens of Denmark have access to health care without additional fees and tuition is free for their educational systems. The old in the society has been provided with home care helpers. 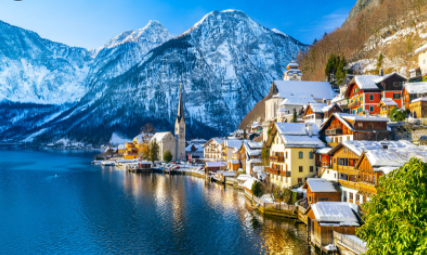 The fourth safest country in the world in 2022 is Austria. Austria has improved in several aspects which include reduced terrorism impact on exports and increase to the UN peacekeeping funding. there was also a decline in the likelihood of violent demonstrations after the Sebastian Kurz people’s party that got elected in October 2017. Social unrest increased due to the political instability in Austria and other than that the country is a very safe country to visit. serious crimes are on usual and don’t happen often in this country so people should be very aware of purse-snatchers and pickpockets. There have been no major acts of terrorism in Austria so far. 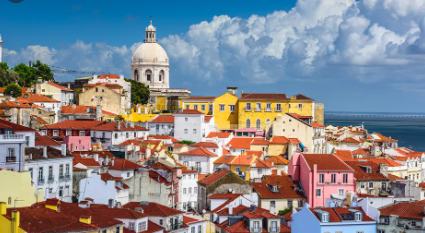 Portugal is the third in the ranking of the safest countries in the world in 2022. Portugal was initially ranked 18th most peaceful country in the world in 2014 and since then they have put in a lot of effort to increase their ranking making them to reach the third position. Unlike New Zealand and Iceland Portugal has very armed police and it’s probably because they increase the police presence in the country that is why the crime rate decreased drastically. Portugal has decreased its unemployment rate from 17% to less than 7% in the past six years and has made an economic resurgence within this short time frame. Due to its safety level, Portugal has been ranked by the annual global retirement index to become the best country for retirement in 2020. 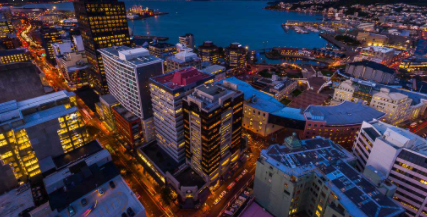 The second safest country in the world in 2022 is New Zealand and just like Iceland, there is a very low crime rate, and this country especially no violent crimes. but the only thing that is a very common occurrence in this country is left especially for tourists. There are no deadly animals in New Zealand and unlike Australia, it’s never that is known for having dangerous wildlife. New Zealand’s safety score decreased slightly from last year due to the terror attack on the two mosques on March 15 2019 in Christchurch. The attack went down in history killing 51 people. New Zealand herb-lore in place that will easily prevent the abuse of human rights or freedom of speech or expression and they are very open-minded. New Zealand’s police just like Iceland do not carry firearms.

According to the global peace index, this is the 12th year in a row where Iceland has become the safest country in the world 2022. like I mentioned earlier Iceland is a Nordic nation that has a small population of 340, 000. Iceland has a very low crime rate due to its high standard of living strong social attitudes against anything crime and small population. They have a high Trust level in their highly educated and well-trained police force and there is that lack of tension between the economics and social classes which results and lesser conflicts. Iceland has no military and the police are not allowed to carry firearms along except extendable batons and pepper spray. laws in Iceland are put in place to guarantee equality and there are provisions for legal same-sex marriage, same-sex adoptions, equal pay for men and women, and religious freedom.

The safest countries in the world share certain characteristics, such as their levels of income, social security, and education. Furthermore, these countries have well-functioning criminal justice systems and governments with strong ties to their people.