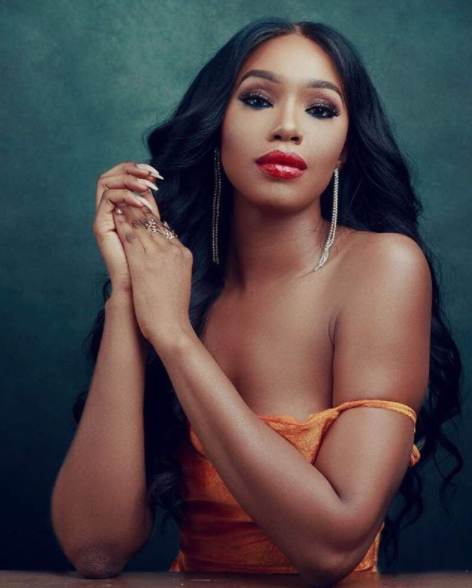 Sharon Ooja Egwurube is her full name, she is a famous Nollywood actress, television personality and model who has gained recognition for her role as Shalewa Tiwa’s sister, on Skinny girl in transit –a Ndani television series.

She was born on 6th April in Kaduna and she grew up there before relocating to Lagos for a greener pasture.

Sharon is a very beautiful, skillful and creative Nollywood actress who is endowed with acting talent.

She was born on 6th April in Kaduna, Nigeria.

She attended Houdegbe North American University in the Benin Republic where she studied Mass Communication.

There is no public information yet on her marital status at the moment.

She made her acting debut in 2013 after she moved to Lagos. She was a host alongside Timini Egbuson on GT Bank’s Fashion week red carpet in 2017.

Rumors circulated that she was dating a co-star in skinny girl in transit named Timini Egbuson but she later cleared the air that it was just a movie and nothing more. She also indicated that she’s single and wasn’t seeing any man at the moment.

She played the role of Shalewa in skinny girl in transit, a TV series. She played Tiwa’s (played by Abimbola Craig) younger sister and Mohammed’s (played by Timini Egbuson) love interest.

1. Sharon Ooja Egwurube is her full name and she is from the northern part of the country.

2. She relocated to Lagos from her northern state, 5 years ago.

3. She is widely recognized as Tiwa’s sister, Shalewa from the popular web series, Skinny Girl In Transit.

5. She switched her course to Mass Communication from Business Administration in the university.

6. Sharon gives God all credits regarding her rise to fame, as her earlier career path never included acting.

7. she was given the first brush of fame by Ndani TV.