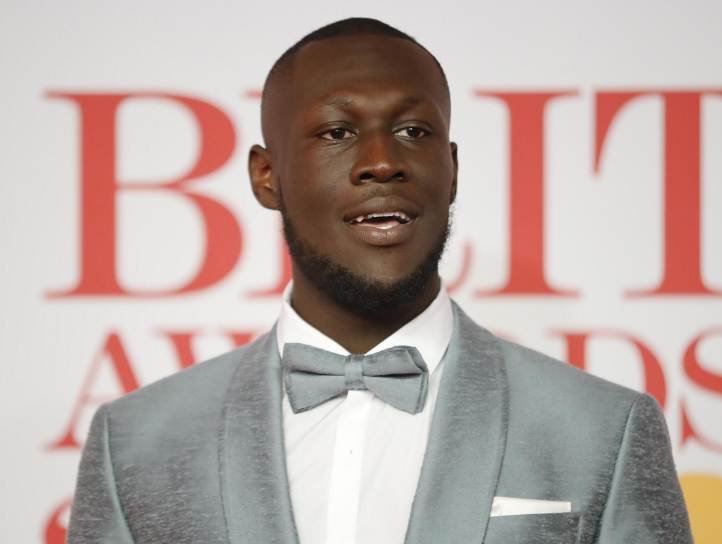 Stormzy is a popular British writer, singer, songwriter and rapper. Asides from his music and entertainment career, he has also gained recognition for voicing his opinions about UK politics.

He recently featured the grammy-nominated Nigerian singer, Burna boy and English superstar artist, Ed Sheeran to produce the hit and award-winning song, ‘Own It’.

Michael Ebenazer Kwadjo Omari Owuo Jr. popularly known as Stormzy is an English singer, songwriter, and rapper that was born on the 26th of July, 1993.

He was born to a Ghanaian mother in Croydon, London and is a cousin of rapper Nadia Rose. Stormzy liked music, though he didn’t come from a particularly musical background and he grew up with his mother, brother and two sisters in South Norwood, London.

He started rapping when he was only 11 years old and while thinking about his school years said, “I was a very naughty child, on the verge of getting expelled, but I wasn’t a bad child; everything I did was for my own entertainment. But when I went into an exam I did really well.”

Stormzy describes himself as ‘a child of grime’ and his music is inspired by people like Frank Ocean, Lauryn Hill, Wiley, and Skepta.
Apart from music, his opinion is also considered to be shared among several social and political issues.

Stormzy, who is of Ghanaian descent, grew up in Thornton Heath in south west London. He went to Harris Academy in South Norwood and was an academic student, gaining six A*s for his GCSEs. He got disappointing results on the A-level as a result of his lack of focus in class.

He attributes this disappointment with teaching him the importance of good work ethics, and thus explains his success today. He studied for an apprenticeship before becoming a professional musician and worked at an oil refinery for nearly two years.

The young artist is among the British grime scene’s leading artists. Grime is a music style that developed out of electronic music genres, particularly garage and jungle, in London in the early 2000s and is characterized by strong, dark baselines. In the 2016 film titled Brotherhood, he played the character called Yardz.

Stormzy is 26 years old and is 1.96 meters tall. He has a balanced body weight of 90 Kg or 198 lbs. His hair color is black and dark brown in the eye color. When we get details about his other body measurements it will be included. Overall he’s got a very healthy body with an attractive appearance.

Stormzy is a professional English music rapper, singer and songwriter. His most popular song to date is his track ‘ Shut Up ‘ which on UK Singles Chart peaked at number 8. He has an estimated net worth of $2 million as of 2021. He’s worked extensively with Adidas most notably with Manchester United player Paul Pogba’s First Never Follows campaign.

Stormzy recently won a Brit award for male solo artist and became the first man to get a Greggs black card as he will receive unlimited free deliveries for life.

He says he has always been a fan of Skepta since 2005 and has been inspired by the MCing of Skepta, describing Skepta as a big brother. Many thought there might have been a dispute between the two artists as Skepta wasn’t included on Stormzy’s debut album but this was refuted by the Shut Up hitmaker.

Where does Stormzy live?

Stormzy had lived in the upmarket suburb of Chelsea in London which he moved into in February 2017. A neighbor who believed his apartment was burgled called the police. The person the neighbor saw walking into the house, however, was the star himself. This incident led to debates about the level of racism young black men face in British society within the media and on Twitter.

Stormzy is not married yet and he is still to get married. His sexual orientation is straight as of today and he’s not gay. Stormzy is currently in a relationship with Maya Jama, a popular media personality.

The pair have been together for over three years and once, in a discussion with Vogue magazine, have also publicly expressed their feelings for each other. On her 22nd birthday, Stormzy had dedicated a song to his girlfriend and often mentions it on social media.