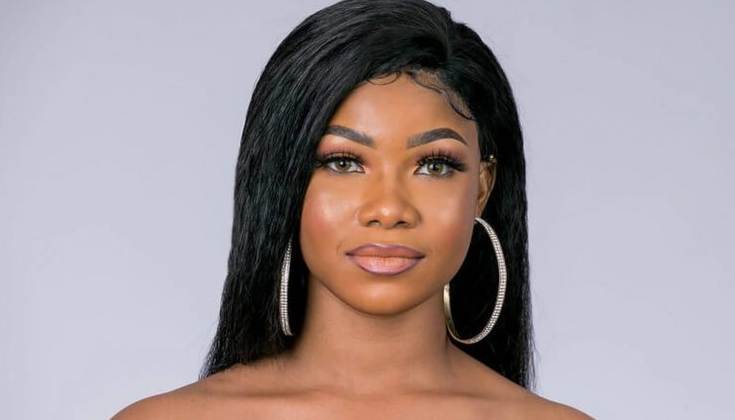 It is no news that BBNaija show pepperdem edition for 2019 got Nigerians glued to their screens due to the controversial personality of Simply Tacha. she was one of the favourite housemates with Titans giving her full support.

In this article, we giving the details about your favorite bbnaija housemate named Tacha (Symply Tacha).

Symply Tacha was some people’s favourite Big Brother Naija housemate, while others hated her passionately.

Here on webbspy, you will get the current updates on Symply Tacha biography, age, net worth, Instagram, height, weight and twin brother.

Anita Natacha Akide is her real name but she is widely known as “Tacha” or “Symply Tacha”. She is a popular Nigerian Instagram star, vlogger, businesswoman, makeup artist,  and one of the most controversial Big Brother Naija housemates on the internet.

She was born in Niger Delta region (in Rivers state) in 23rd December, 1995. Tacha currently resides in Port Harcourt, Rivers State, Nigeria and that explains why she is being called “PH City First Daughter”.

Even before Big Brother Nigeria Tv show, Tacha was already famous on her Instagram page which has over 300k active followers and she had more than 3k followers on her twitter account even as she is not active.

Before she became a popular BBN reality Tv star, she was already popular on Instagram after she drew Davido’s tattoo beneath her breasts. After that she became an instagram influencer and did a lot of advertisements for several brands.

Symply Tacha finished her primary and secondary formal education in Port Harcourt, Rivers State and that was where she got her first school leaving certificate.

She attended Ignatius Ajuru University of Education located in Rumuolumeni, Port Harcourt, Rivers State where she graduated with a BS.c in Sociology (in 2016).

What are your plans with the jackpot?:  “Invest in new business ideas, increase the standard of living of my family and start a charitable foundation.”

Why will you be a favourite fan?:  “Because I am SYMPLY TACHA. I am spontaneous, noisy, interesting, lively and fun.”

In February 2018, the Nigerian internet space got filled up with photos of a tattoo by one of Davido’s highly obsessed fan. The tattoo bore the logo of DMW  -his new record label on her chest. 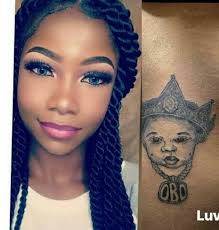 According to her, she had been in love with Davido and his music since his single titled Dami Duro was released in 2011 and is still in love with him.

When asked her reason for doing it, Tacha explained that;

“I got the tattoo because it’s the only way I can show my love to him.”

Well, she got Davido’s attention with it on Instagram. After she shared a video of the tattooed DMW logo on her chest, Davido made a comment and also followed her.

She later met Davido in a night club afterwards.