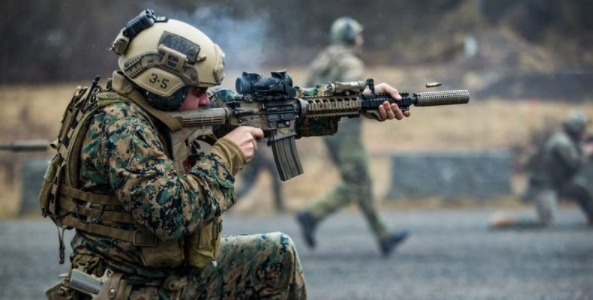 Top 10 strongest militaries in the world

Having one of the strongest militaries in the world isn’t just some boasting right but quite a lot of confidence as well. Imagine having an Army that has almost 100% capabilities of protecting its nation from both internal and external attacks. Believe me, most presidents would give anything to have such. But really amongst the hundred of countries in our world today, only a few can boast of such mighty force. Of course, the Almighty United States Of America being part of such few countries with such strong Army. But does it make the number one spot on our list?

In this post, we will take you through the top 10 strongest militaries in the world in 2023. There are of course Army of famous countries included but what of those not too famous that you don’t know of but have a really strong Army system. Countries like China, India, Germany sure make the list of where are they rank in the world order. You will soon find out the countries in this present day world with the strongest Army. Let just get on with the rank and ease your curiosity.

Top 10 Strongest Army In the world

These are the countries with the strongest militaries in the world in 2023:

10th on our list is the Turkey Army. This is a vast Army industry saddled with good accomplishments for the nation of turkey. It has a big Army population and tank force. The country is constantly upgrading its navy. Its preparations for war is becoming more urgent as ISIS remains a constant threat to the peace of the nation. Turkey is among the Strongest Armies In The World 2023.

Japan would be ranked higher on the list if there were more prone to preparing and engaging in war. It takes the 9th position on our list today for being known as the sixth strongest Army in terms of finance. Japan is known to have the fifth-largest air fleet and the fourth-largest navy in the world today. Still, a lackluster draught of war times drags it down and its constitution has placed a limit on its ability to project other nations. Japan has a good Army system but they hardly engage in any battle. Quite a peaceful country.

At no 8 on the list, Germany’s strong Army is largely contributed to its stable economy, high Army spending, and good training equipment. But, rumors have it that its position may be weaker than it appears on in world ranking. Germany is known to consume much more oil than it produces. Most of its oil imports come from Russia, its long known adversary. Germany’s dependency on oil is quite decreasing as it moves into coal and nuclear power. Their riffle is known to be one of the best in the world. Germany has one of the Strongest Armies In The World 2023.

6th on our list is the France Army. France doesn’t have a lot of numbers of ships, planes, and tanks, but its equipment and weapons are modern and of top quality such as Mirage and Rafale jets, Tiger helicopters, LeClercmain battle tanks, and the only nuclear-powered carrier outside the U.S. providing the main powerhouse of it Army. Known to be manufactures of its Army supplies, France has the ability to create more equipment in times of war. France’s military is among the Strongest Armies In The World 2023.

4th on our list is famous India. Its Army ranking is aided due to its large force population and a large number of service members. India is known to have a large fleet of aircraft and tanks. Its navy is also world-class. Their dependence on a large consumption of oil is a disadvantage to its Army, due to the limited amount of production. Surprisedly, Border Force remains the best in the world. India’s military is one of the Strongest Armies In The World 2023.

China is known to be the second-largest Army in the world based on its budget, also known to have the third-largest fleet of aircraft, second largest tank force, and the world’s largest number of Army personnel. Its special forces also took 3 of the top 4 spots at 2014‘s Warrior Games in Jordan. There’s clearly no list without China being there. If the Army is also aided due to its large position and so it has the third strongest Army in the world 2023.

2nd on our list is Russia, there are known to have one of the biggest navy and the largest oil producer in the world, which is a very big advantage to its Army. Russia has the fourth largest Army personnel, but its numbers are mainly on a short term basis as compared to other countries. Their special operations forces and arms have been aiding Ukraine in providing peace to the country. Russia is one of the world power countries with military that is among the Strongest Armies In The World 2023.

Yes, you might have guessed right. There’s no beating the great United States of America. The U.S. spends roughly about $577 billion per year on its Army force, which’s four times more than China’s $145 billion Army budget. The U.S. is ahead of both India and China in terms of technicalities, due to its massive air power and a carrier fleet larger than every other country in the world. The U.S Army takes the first spot as the strongest Army in the world in 2023.