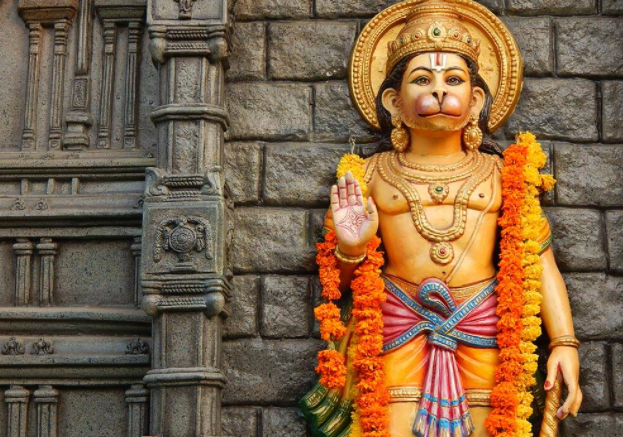 Lord Hanuman is not only an important God of the Hindu religion but in Hindu mythology entirely. Just like any other Hindu God he too has multiple names. Most don’t know even half of his names.

If you are one of them, then you are in the right place. Discussed here are all of Lord Hanuman’s 12 names and their significance. This article first looks into who Lord Hanuman is. So, if you want to know more then follow the article carefully.

Who is Lord Hanuman?

Lord Hanuman is an important mythological character of the famous epic Ramayana. Ramayana is based mainly on Lord Rama and Goddess Sita, however, it is incomplete without lord hanuman.

Lord Hanuman is also known for his devotion towards Lord Rama and Goddess Sita. By birth, he is the son of Kesari and Anjani. He is also known as the son of wind god Vayu as his mother Anjani got blessings from the wind god.

What are the 12 names of lord hanuman and the importance of those names?

Hanuman has 12 names in total, and all these names are significantly relevant to his character. Mentioned below are all those names and why he is called by those names.

These are the 12 names of Lord Hanuman. If you are a devotee of Lord Rama, then you can also worship Hanuman as he was one of the closest persons of his life. You can worship Lord Hanuman for strength, wisdom, and self-control. It is also important to know about Hanuman if you are interested in Hindu mythology.