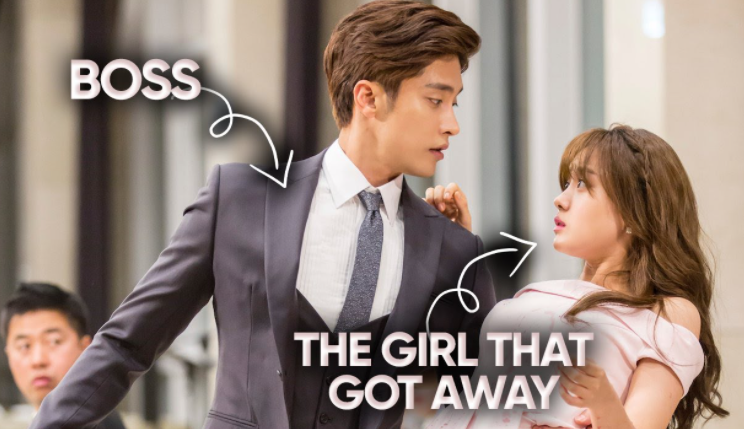 Your favorite YouTube channel is the easiest and best place to look for a good drama. Yes! On YouTube, you may find a plethora of popular K-Dramas. YouTube might be a good site for a K-Drama marathon if you have Netflix or another paid membership to watch K-Dramas. On the SBS World YouTube channel, we’re offering the best Korean dramas you can watch!

Adapted from: Boys Over Flowers

Synopsis: Despite her financial hardships, Jan-Di, a bright young lady, is accepted into a prestigious high school. She meets four of the wealthiest boys here and falls in love with one of them.

2. My Love From The Star

Synopsis: Do Min-joon is a four-hundred-year-old alien who became stuck on Earth. He is skeptical about mankind at first, but when he becomes connected with a juvenile actress, he gradually changes his mind.

Synopsis: A group of students enrolled in a well-known performing arts institution aim to be idol stars. They learn the true meaning of friendship, love, and life along the journey.

Synopsis: After an accident, Tae Kong-Sil (Gong Hyo-Jin) obtains the ability to see ghosts. She grows strange as she is constantly surrounded by ghosts. She met Joo Joong-Won on a rainy night (So Ji-Sub). Joo Joong-Won, the president of a shopping center, is a haughty individual.

Synopsis: Hyun Bin’s character, Koo Seo-Jin, has DID syndrome. His one personality is cocky, but his other personality, Robin, is gentle and caring. Seo-Jin is the director of Wonderland, a theme park. At Wonderland, Jang Ha-Na (Han Ji-Min) is the ringmaster of a circus.

Synopsis: Hyun Bin (Kim Joo-Won) is a chaebol and an extremely attractive man. Oska (Yoon Sang-Hyun), his cousin, is a well-known singer and womanizer. Joo-Won went to a shooting set one day to choose an actress, but instead chose Gil Ra-In (Ha Ji-Won), a stunt woman. Secret Garden is one of the Hindi-dubbed Korean dramas.

Synopsis: Ko Mi-Nam and Ko Mi-Nyeo are identical twin siblings. Ko Mi-Nyeo (Park Shin-Hye) is preparing to become a nun until a strange man approaches her and invites her to join the A.N.JELL, a well-known K-POP band, at her brother’s house. Ko Mi-Nyeo joins the band by impersonating a man.

Synopsis: Park Soo-Ha (Lee Jong-Suk) is a high school student who has the ability to read people’s thoughts. He’s looking for a girl who will testify against his father, Min Joon-Kook (Jung Woong-In). Jang Hye-Sung (Lee Bo-Young) is a public defender and an attorney.

Synopsis: Angel Eyes is one of the most popular Korean dramas on YouTube. Yoon Soo-Wan (Nam Ji-Hyun) was involved in a car accident and lost both of her eyes. Park Dong-Joo (Kang Ha-Neul) is a kind and kind-hearted high school student. Yoon So-Wan and Park Dong-Joo have a wonderful first love, but an incident separates them. Yoon Soo-Wan (Ku Hye-Sun) works at 119 and Park Dong-Joo (Lee Sang-Yoon) is a doctor twelve years later.

Synopsis: One of the top NIS agents is Baek Chan-Mi (Choi Gang-Hee). For a case involving intellectual property theft at one of Korea’s major companies, she works up with Im Ye-Eum (Yu In-Young) and Hwang Mi-Soon (Kim Ji-Young). One of the best Korean mystery-thriller dramas is Good Casting.

Synopsis: Seo Jin-Woo is a lawyer who suffers from Hyperthymesia, a disorder that causes him to remember every minute of his day. Prosecutor Lee In-A (Park Min-Young) Jin-Woo is battling Alzheimer’s disease and is trying to prove his father’s innocence.

Synopsis:  Still 17, a K-Drama with an amazing storyline, but underappreciated. After 13 years in a coma, Woo Seo-Ri (Shin Hye-Sun) awakens. She is now 30, but her mental age is still that of a 17-year-old girl. Gong WooJin (Yang Se-Jong) is a shy set designer who dislikes chatting to strangers.

Here are the top Korean drama YouTube Channels in 2022:

Los Angeles, California Kocowa is a Korean entertainment platform that allows subscribers to access Korean content wherever they are and at any time. Keep up with your favorite K-Pop, Korean TV dramas, and variety shows by following Kocowa. youtube.com/channel/UCAql..+ Follow

MBC is a leading global supplier of Korean drama. Check out their selection of Korean dramas on MBC Drama, or enjoy it on your smartphone and desktop.

Hello there, everyone. The Korean Drama Trend channel welcomes you. On this channel, I post the most recent videos about korean drama news as well as kpop

Emirates of the United Arab Emirates My Drama World is a channel dedicated to providing English subtitled Korean Drama Trailers, Teasers, Episode Previews, Scenes, Other Videos, and Drama Reviews to Korean Drama Fans all around the world. Here, we ensure that all K-Dramas are available to everyone.

We’re updating the channel from time to time with the latest Korean TV shows and pop culture, so make sure to follow. youtube.com/channel/UC9_X..+ Follow

To all Korean drama fans, Kpop fans, and K-Celebrities fans throughout the world, I hope you would continue to support my upcoming release videos. And I make it a point to make it more fascinating and worth watching!

Annyeonghaseyo, I’m a kdrama aficionado from the United States. This channel is dedicated to Korean drama and all things related to it. Original kdramas content, top favorite lists, Korean Celebrity Gossip and News, and attractive oppas! Come join my awesome family if that’s something you’re interested in!

Tamil Nadu is a state in India. Korean dramas are quite popular all around the world, and many new people are becoming interested in them. As a Korean drama fan, I’d like to express my passion for the genre in my own unique way by presenting a list of all the dramas available. https://www.youtube.com/channel/UCsdj..+. youtube.com/channel/UCsdj..+ Follow

Korean Entertainment channel is a TV show dedicated to K-drama, K-pop and other Korean entertainment!

Korean show channel provides the most up-to-date information and news about Korean drama, K-pop, and Korean films, as well as a top 10 and list of entertainment youtube.com/channel/UCQHO..+ Follow

Korean series have become a global phenomenon in recent years. The popularity of Korean dramas has risen so much that Netflix has started to offer Korean TV shows and movies.

where to watch korean series online

Korean series are popular with fans all over the world. They are available on a variety of streaming platforms but not all of them offer the same content.

Netflix is one of the best platforms for watching Korean series online because it offers a wide selection and its interface is user-friendly. It also has subtitles in many languages, which makes it easier to watch Korean series with no knowledge of the language.

Hulu is another good option for those who want to watch Korean series on their computer or mobile device. Hulu has a free trial period and doesn’t require paying a monthly fee, which makes it more affordable than Netflix. However, there are fewer episodes on Hulu than on Netflix and you can’t watch Korean series offline like you can with Netflix.

where to watch korean series with english subtitles

If you want to watch Korean series with English subtitles, there are a few websites that you can visit.

Some of the most popular sites are: DramaFever, Viki and Kocowa.

DramaFever is a website with a huge library of Korean dramas and movies with English subtitles. They also have dramas from other countries such as Japan, China and Thailand.

Viki is another website that has a lot of Korean dramas available for streaming with English subtitles. However, their library is not as big as DramaFever’s so it will be easier to find what you are looking for on this site.

Kocowa is the newest site on the list but they have an impressive library of Korean drama series which includes many popular titles such as Goblin and Signal.

A lot of people want to watch Korean series but they don’t know how to download them for free. So, in this article, we will see how you can download Korean series for free by using a VPN.

A VPN is an online service that allows you to bypass regional restrictions and stream content from other countries. This means that if you are in the US and want to watch a Korean series, you will need a VPN that has servers in Korea.

There are many VPN providers out there but not all of them provide good quality services and don’t work well with different devices. We recommend NordVPN because it has fast servers and offers great customer support if anything goes wrong.

This article is about how to download Korean series on Viki.

The best Korean dramas for binge watching are:

1) You Who Came From The Stars

2) My Love From Another Star

3) Descendants of the Sun