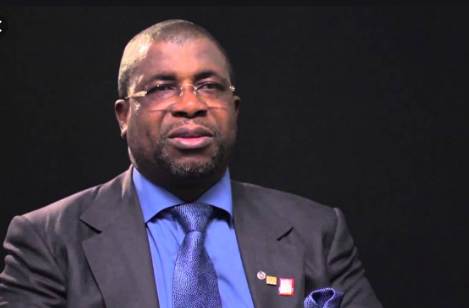 Emeka Offor is on the list of richest Igbo men in Nigeria since 2016 with an estimated net worth which according to Forbes list is $5.8 billion dollars. His total wealth and assets are fully listed in this article.

Sir Emeka offor was Born on 10th February 1957 in Kafachan, Kaduna state, northern Nigeria.  He  is a Nigerian oil magnate and outstanding Entrepreneur who is from Oraifite, Ekwusigo Local Government Area, Anambra State, Nigeria. He is the present chairman of EEDC board of directors and he is also the Manager of both the Chrome and ERHC Group.

Background Information on Sir Emeka offor’s educational background  reveals  that he got expelled from Abbot Boys’ Secondary School in Anambra State. He later got enrolled at the Merchant of Light Secondary School, where he earned his WAEC result.

Regarding the early days of his business life, the information is not made public yet but his close friends would know more. Rumours had it that he had his apprenticeship under his uncle. In 1994, he established the Chrome Group whose operation is in diverse sectors of the economy.

The Chrome group has its interests in domestic holdings, international holdings in telecommunications, oil and gas, power sector, and insurance industry.

Also, The Chrome group is into maintenance of some refineries, gas pipeline construction and maintainance, digital inspection, services delivery and it is widely known worldwide as a reputable organization that has interests and deals in oil and gas services. Asides its national recognition, the group has done several works and served different Nigerian state governments, international oil production and distribution companies and Federal government of Nigeria.

One of Sir Emeka Offor’s charitable works was the unrestricted provision of over a million computers, books, and school items in different Nigerian states and several other West African countries which aimed at improving the educational standard of Nigeria and several other member states.

The Sir Emeka Offor Foundation (SEOF) was founded and established in bid to reduce poverty rate, and offer life-changing opportunies to the marginalized, the lesser majority and unprivileged citizens in Nigeria. It has also become BFA’s most crucial partner due to it’s nonprofit-oriented activities.

It was founded mainly for humanitarian purposes, to ease poverty and make life easier for the marginalized sets of  people in Nigeria. It’ll become the largest private book donor in Africa after embarking on and the successful completion of the $14 million dollar book project.

The philanthropist believes that people lack opportunities to make tangible contributions to the society, and showcase their special talents are things that make people poor as they didn’t make that choice consciously.

He has also earned several awards. In 2016, he got awarded with the International Service Award for a Polio-Free World by the Rotary International for his nonprofit contribution to the full eradication of polio not only Nigeria but also  in Africa.

Just as we reported, he remains one of the richest igbo men in Anambra state in the south eastern sector and in Nigeria at large, he has an estimated net worth of  over $5.8 billion dollars currently this 2021.