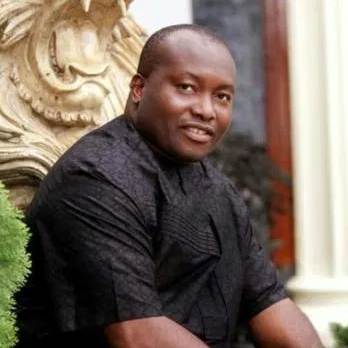 Dr. Ifeanyi Ubah a.k.a Ebubechukwuuzo na Nnewi is the Chief Executive Officer of Capital Oil and Gas Limited, a reputable Oil investment firm which he is widely known for. He is also a senator representing Anambra state in the Senate house. Ifeanyi Ubah assets are just out of this world and this makes him one of Nigeria’s top billionaires and he is among the list of Igbo’s richest men in Nigeria. This article will spell out the assets and  businesses owned by Ifeanyi Ubah, his biography and Ifeanyi Ubah net worth as well.

Ifeanyi Ubah has an estimated  net worth of $1.7 Billion and he is also rumoured to own a private jet.

Ifeanyi Patrick Ubah was born to Mr Alphonsus Ubah (father) and Mrs. Patty Ubah (mother) on Spetember 3, 1971 in in Otolo Nnewi, Anambra state. His parents were poor teachers with meager salaries. He was raised in a very strong Christian home. He assisted in providing and catering for his family basic needs and by the age of 16, he ventured into business fully, where he started exporting auto parts to Sierra Leone and Ghana from Nigeria.

After sometime, Ifeanyi Ubah’s auto spare parts business blew into a major expansion to several other countries like Germany, South Africa,  Dubai and he was elected the president of the Nigerian community in Democratic Republic of Congo, this was where his business had flourished the most.Cletus Ibeto was Ifeanyi Ubah’s mentor who quickly advised him to invest and venture into the Oil and Gas sector and this made him create Capital Oil and Gas, which was launched successfully in 2011.

He is also involves himself actively in sports as he currently owns Ifeanyi Ubah Football Club (IUFC) – a football club in Nigeria, which is popularly known as Anambra Warriors.