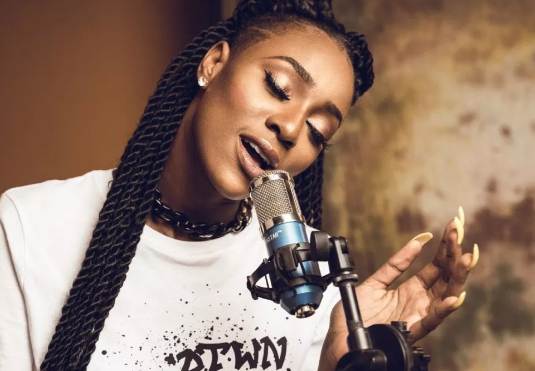 Euphemia Runyi Ekumah is her real name but she is popularly known by her stage name Good girl LA. She is a popular Nigerian Afro-fusion singer and artiste. She is a native of Cross River State and was born on the 20th of February. Ladern was her initial stage name. She has contested on Glo Naija sings after she auditioned with her group and she also took active part in the popular Nigerian Idol contest.

Her 2019 singles “ Bless me” and “Faraway” have massively gained airplay in Nigeria.

GoodGirl LA is a rare musical talent with a very unique sound, with lyrical prowess and she has amazing vocals that is very much complimented with her gorgeous looks.

She has mentioned Beyonce, Britney Spears, and Cece Winans as her musical influences and this has made her stand out from other female musical artists.

Goodgirl La made her debut music career in 2015 and she’s widely known on Nigeria for her hit single “Far away” which was produced by Syn X.

She attended Muson School of Music where she studied the theory of music.

The amazing musical artiste has an estimated net worth $100,000.

She is 5ft 3inches tall.

She has decided to keep information about her boyfriend or relationship life private at the moment.

You can also check out Jemima Osunde’s Biography.

She has gotten a lot of wide recognition in the Nigerian music industry and has made performances in several shows. Her songs has massive streams too.