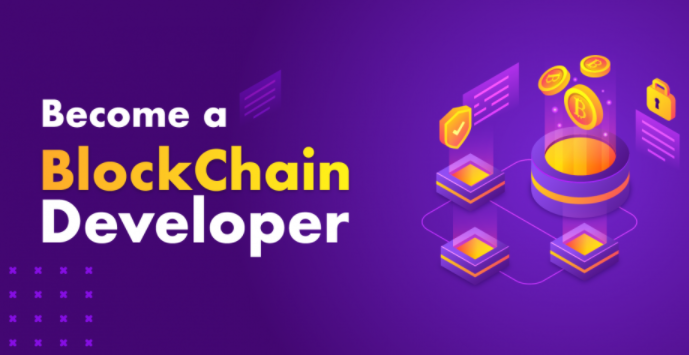 The Complete Guide to Becoming a Blockchain Developer

Introduction: What is a blockchain?

A blockchain is a decentralized, distributed ledger that is designed to record transactions across many computers so that the record cannot be altered retroactively without the alteration of all subsequent blocks and the collusion of the network.

A blockchain is an incorruptible digital ledger of economic transactions that can be programmed to record not just financial transactions but virtually everything of value. It provides a transparent and secure way to make online transactions without having to rely on trust in intermediaries.

Blockchain technology is still in its infancy, but it has gained traction with banks, governments, and major companies like IBM who are developing their own proprietary blockchain platforms for specific industries. The idea behind these platforms is that they will provide an open framework for organizations wanting to create private blockchains while permitting interoperability between public blockchains.

What are the benefits of learning how to code for blockchain?

Blockchain is a digital ledger that records and verifies transactions on the internet. It is the first and most important application of distributed ledgers and was originally created as a solution to prevent double-spending of digital currency.

Coding for blockchain is no different from coding in general, except that it has unique characteristics such as blockchain, which might require some knowledge about cryptography, consensus protocols such as proof-of-work (PoW), hashcash, Merkle trees, and Byzantine fault tolerance (BFT). Learning how to code for blockchain can provide numerous benefits – increased understanding of how technology works, new career opportunities, self-sustainable development.

There are many ways that people can learn how to code for blockchain: through free online courses like Coursera and edX; through free MOOC.

Blockchain is one of the most exciting emerging technologies in the world. Blockchain networks like Ethereum make it possible to create self-executing contracts called “smart contracts”. These are set to revolutionize many industries – from finance to healthcare to logistics & supply chain management & everything in between. However, blockchain development will be needed to make this revolution a reality.

Cryptocurrency networks and applications are the calling card for emerging markets and cryptocurrency developers. If you’re interested in a career in this field, you should consider whether you have what it takes to be a blockchain developer. 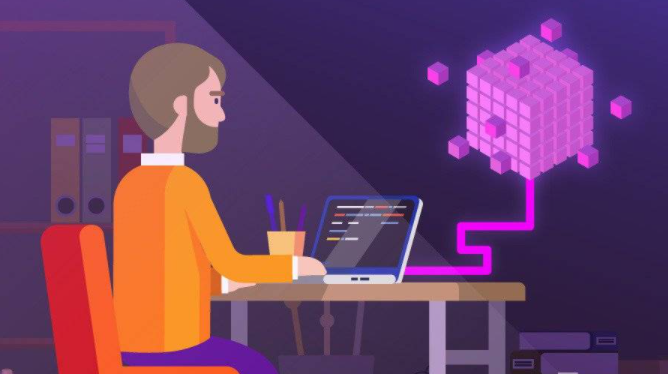 To become a blockchain developer, the first thing you’ll need to do is learn how blockchains work and why smart contracts are quick. You should also make sure you gain some understanding of programming languages like Solidity & C#. These will help prepare for this role before you can work on your own projects.

Your next goal is to understand the specific blockchain platform you want to work on. This consists of reading the whitepaper and any other important materials related to the technical features of the network.

One of the languages you’ll need to master for writing smart contracts is one that’s used by the blockchain technology ecosystem you want to write for. There are many different options available and your choice depends largely on what type of experience you want. If you want to develop for the Ethereum network, Solidity is a great place to get started.

While learning for free is great, it can be tedious and make you question the validity of the information you’re reading. Make sure that what you’re reading is reliable and comes from people who actually know what they’re talking about.

If you want to become a skilled, high-value developer, it’s best to learn from reputable publishers. Find trustworthy sources when exploring free information online, and check who the publisher is. Only accept information from qualified developers.

Online training exists in many variations. You can certainly get started with platforms like WeAreDevelopers, Udemy, and Udacity. It’s easy to find the information you’re looking for online.

Here is how to become a blockchain developer from scratch:

What programming languages do you need to know?

Solidity is an object-oriented programming language for developing smart contracts and decentralized applications on a blockchain platform. It was created by Ethereum founder Vitalik Buterin. In order to be a good blockchain developer, you must be able to speak and write in terms of this new type of language.

C++ is one of the top five most popular programming languages in history. It made its way to bigger and better things, such as the creation of cryptocurrencies like Bitcoin. On the EOS blockchain, C++ was used for coding.

If you learn C++, you’ll have a wide range of skills that can carry over to programming in other industries. It’s highly flexible, allows for creativity & experimentation, and provides ample opportunity for future career advancement.

Java has been a key programming language for many companies, helping to build the internet and blockchain technologies. It is a useful language for programmers because you can create & run your program on almost anyone in the world and it provides portability which lets you get your project done without limitations.

Java is a multipurpose programming language that many blockchain projects use including Ethereum, NEO, IOTA and Hyperledger Fabric.

The Python programming language is becoming essential to many different industries. Its popularity for web development has skyrocketed, IoT technology is only growing more popular, and app development is easier than ever before with Python.

Pytorch is an extremely easy-to-learn deep learning language that has been gaining a lot of popularity recently. Learning the basics only takes about an hour and you’ll be able to recognise where Pytorch can help you with your work after just one try.

Simplicity is a new language that people often don’t even realize exists. It was developed to allow developers to create and read smart contracts seamlessly no matter what level they’re at, from beginner to expert.

Cryptography is fundamental to the blockchain. Almost every process uses encryption keys of varying levels.

You don’t need to be a cryptography expert. However, you should understand the basic principles of cryptography and the basics of algorithms. They include block ciphers and hash functions. If you need to learn about these two algorithms, it might be time to find a resource that’s easy.

As a developer of blockchain projects, you have to have a good understanding of the socioeconomic mechanics and motivation behind cryptocurrencies. You should know that cryptocurrencies are different from regular currencies, and why they’re being developed in the first place.

You should also get very familiar with decentralized applications (dApps) and why they create such revolutionary impacts. Other topics to consider are game theory, currency valuation & monetary policy on different chains.

How can you learn the skills required to become a blockchain developer?

Blockchain is a new technology in the realm of information technology. It is still in early development stage, but it has huge potential in different industries.

This is where the importance of learning the skills required to become a blockchain developer comes in. The fact that this skill set needs to be learned shows that it will not be ubiquitous anytime soon. This means that until more people are adept at learning these skills, companies who are adopting blockchain will have limited opportunities for employees with these skillsets.

It’s not always possible to learn new skills before they go mainstream, but there are ways you can get an early start. Many people start learning coding languages like Python or Ruby while they are still in college before they enter the workforce and find positions where they can apply their coding knowledge.

What are the best online sites for learning how to code for blockchain?

There are many great online sites that can help you learn how to code for blockchain. You can create your own decentralized application and get paid for it if it is successful.

What are ways one can start their career as a cryptocurrency developer without having any experience in programming?

There are many ways one can start their career as a cryptocurrency developer without having any experience in programming. Some of the most common options are to learn programming languages online, through video tutorials, or by learning from someone who is already experienced in it.

There are also many different ways one can begin their career as a cryptocurrency developer without having any experience in programming. Some of the more commonly seen options are to learn programming languages online, through video tutorials, or by learning from someone who is already experienced in it.

What Kind of Mindset Do You Need to Become a Blockchain Developer?

The modern world is becoming more and more digital. It’s not just the data centers that are now using AI, consumers are now using apps, wearables, and other technologies to monitor their health and behavior.

This has led to a new type of job that cannot be done by anyone but developers, people who understand the technology at its core. The demand for blockchain developers is at an all-time high as companies flock to implement it into their businesses.

The blockchain developer job title may seem intimidating to those unfamiliar with the field, but it’s actually a lot easier than some people think. You don’t need a college degree in computer science or engineering to become a blockchain developer right away – you just need enough knowledge on how programming languages work and how programs can interact with each other.

When you hear the word “hacker” stated aloud, it’s usually not in a positive light; no self-respecting company wants to do business with hackers (except ethical hackers, but that’s another tale for another time). However, it is the hacker attitude that aids in the development of skilled Blockchain engineers. When presented with issues or obstacles, hackers are more likely to think outside the box than to think conventionally.

Why Blockchain is Needed

Because the latter is the reason for the former’s existence, the tale of Blockchain is also the story of Bitcoin. Blockchain was created to serve as a platform for Bitcoin, allowing it to take off. To that end, a budding Blockchain developer should familiarize himself or herself with Bitcoin, including purchasing some bitcoin to get his or her feet wet.

Additionally, visit the Reddit Bitcoin forums, Coindesk for Blockchain news, and YouTube for cryptocurrency vlogs. Any study you can conduct, as well as any immersion in the realm of cryptocurrencies that you can manage, will benefit you.