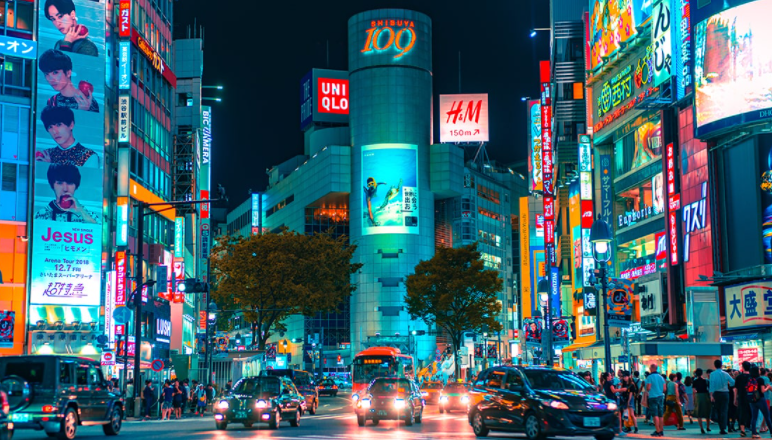 India is a booming country. It is one of the most rapidly developing economies in the world.

Japan has been investing in India for a long time and it has been successful. Japan’s investments have helped to increase the number of manufacturing jobs in India by 2%.

The main reason for this investment was because there were many opportunities in India and they wanted to take advantage of that.

The Rise of Japanese Companies in Indian Markets

Japanese companies are making a big impact on the Indian markets. It is not just about the brand recognition that these companies have in India, but also about the quality of products that they offer.

The Indian market is one of the fastest-growing markets in the world, and Japanese companies are seeing this as a great opportunity to expand their business.

Because the Indian government recognizes that foreign investment has played a significant part in the country’s economic evolution, Japanese corporations are encouraged to enter the Indian market. India is the No. 1 destination for more than 1000 Japanese manufacturing enterprises. For Japanese investors, the Indian government has formed a special management team known as Japan Plus.

After the signing of a memorandum of understanding between India’s Prime Minister Narendra Modi and Japan’s Prime Minister Shinzo Abe, the relationship between India and Japan has strengthened. As India seeks investment in infrastructure, energy, and manufacturing, Japanese companies excel in all three areas. As their local market shrinks, Japanese consumer corporations see India as a huge chance to expand.

READ THIS: Top 10 Richest Companies In The World

Because India is the world’s second most populous country with the fastest-growing economy, many foreign investors gain, such as Japanese corporations Suzuki and Honda, who dominate their markets with the support of Indian firms. Due to different rules and restrictions, doing business in India has become more difficult since Narendra Modi’s election as Prime Minister. Following the implementation of investment-friendly policies, the path for foreign investment in India will be made easier.

As a result, Japan’s excess of cash and India’s need will be beneficial to all businesses. For example, Japanese companies are involved in large infrastructure projects in India, such as the $90 billion Delhi-Mumbai Industrial Corridor. We’ve compiled a list of the top 10 Japanese companies leading Indian markets in 2023.

Here are the Top 10 Best Japanese Companies In India 2023; 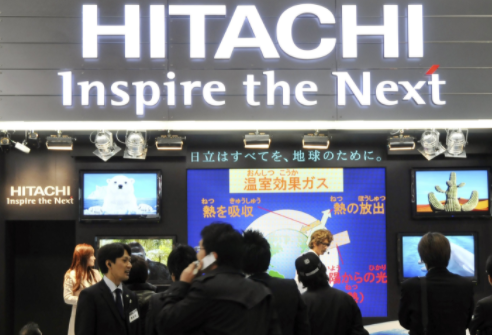 Hitachi began operations in India in the 1930s. It employs about 10,000 people in India, with offices in 25 locations. Hitachi India Pvt. Ltd. (HIL) sells and services a wide range of products and services, including digital solutions and services, infrastructure systems, information and telecommunication systems, and industrial systems such as water, oil and gas supply and management, as well as transportation and urban development systems. This company is ranked tenth in the Indian market due to its high product quality and long life. 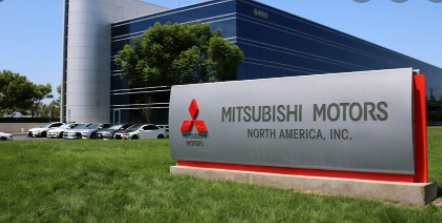 Mitsubishi was established in 1870. It is a Japanese multinational corporation that operates in a variety of industries. Mitsubishi Electric India, Mitsubishi Motors, and Mitsubishi Heavy Industries pvt. Ltd. are some of the company’s subsidiaries and joint ventures in India. Mitsubishi Electric has manufacturing facilities throughout India and produces items such as air conditioning, energy systems, transportation systems, automotive equipment, building systems, and factory automation systems. Mitsubishi Motors produces SUV models such as the Pajero Sports, which costs roughly 27, 45,000 INR. 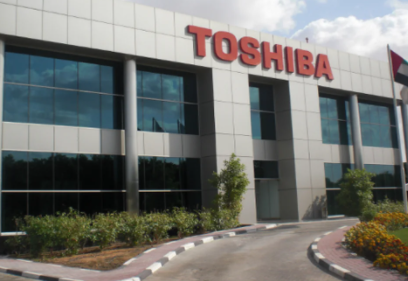 Toshiba India Pvt.Ltd, situated in Delhi, is the company’s subsidiary in India. It was founded in 2001 in India. It makes hardware, computer peripherals, and household appliances, among other things. In India, Toshiba Transmission and Distribution Systems plans to introduce cutting-edge T&D equipment to the electricity sector. They contribute to the Make in India and Export from India campaigns. 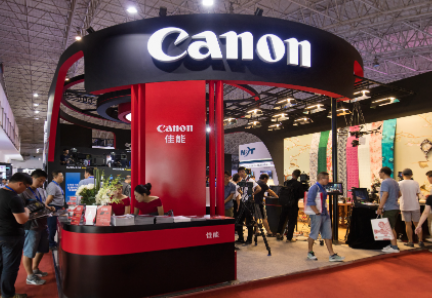 Canon Singapore Pvt. Ltd is a wholly owned subsidiary of Canon India Pvt. Ltd. In 1997, it arrived in India for its first operation. It employs over 1000 people in 14 offices across India in various states. This company is a digital imaging industry leader. It sells over 200 items, including digital cameras, digital SLRs, inkjet and laser printers, fax machines, lenses, digital copiers, scanners, projectors, cable ID printers, card printers, dye sub picture printers, and semiconductors, among others. It made 2348.6 crores in sales in 2016. 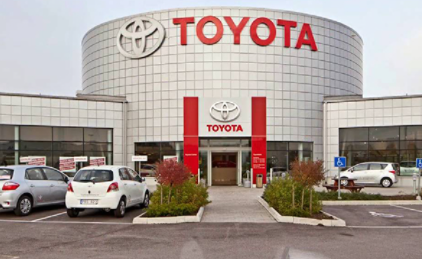 Toyota adheres to the principle of continual improvement in order to produce high-quality goods. Toyota is the largest vehicle manufacturer in the world. Toyota employs around 1 million people in India. Toyota’s affiliate Toyota Kirloskar Motor Pvt. Ltd. arrived in India in 1997. They produce SUVs, MUVs, sedans, and hatchbacks, among other vehicle types. For instance, the new Etios Liva V grade petrol engine is priced at 6, 01,826 INR. 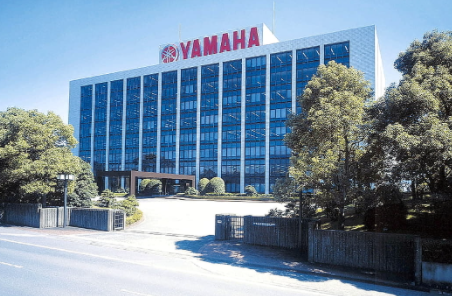 Mitsui & Co., Ltd. became a joint investor in India Yamaha Motor Private Limited in 2008 after signing an agreement with Yamaha Motor Co., Ltd. It has three operations in Surajpur, Faridabad, and Kanchipuram that manufacture two-wheelers and parts for the domestic and international markets. It has more than 2,200 client touch points and 500 dealers in India. It produces YZF-R15 version 2.0 (149 cc), YZF-R15S (149 cc), blue core technology enabled models, and imported models based on sports. Example: The pricing of the Ray –Z regal red scooter is 50, 336 INR. 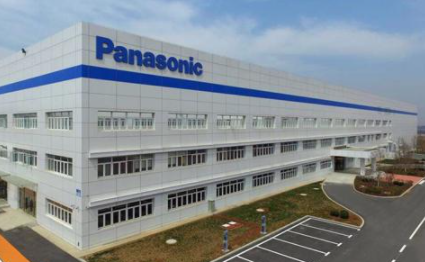 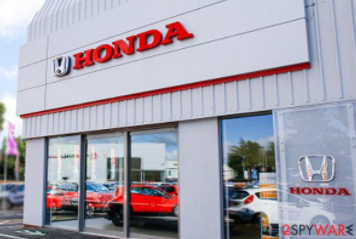 Honda Motorcycle and Scooter India Company Pvt. Ltd. was founded in 1999 as a wholly owned subsidiary of Honda Motor Company Ltd. in Japan. It is the world’s largest two-wheeler manufacturer. It manufactures and sells motorcycles and scooters in India, including the CB shine, CB trigger, Activa, and Duo. Honda Cars India Limited is another subsidiary in India, with products such as the Honda City, Brio, and Amaze. 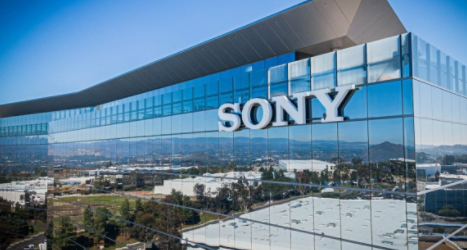 In the top ten list of Japanese firms, Sony is ranked second. It sells a variety of consumer goods, including mobile phones, televisions, digital cameras, projector accessories, and audio equipment. It is well-known for supplying consumers with cutting-edge technology and features. For instance, Sony has released the alpha 6500 camera, which has a price tag of 1, 19,990 INR. 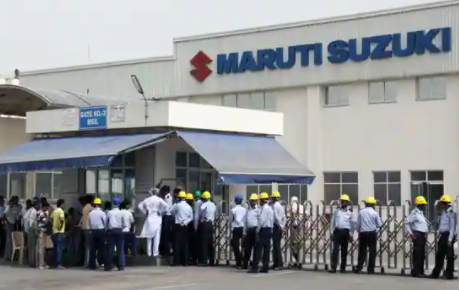 In India, Suzuki is the market leader. Maruti Suzuki India Limited is the company’s subsidiary. It is the world’s largest manufacturer of gasoline and diesel vehicles, with excellent customer service. It has 15 brands and 150 versions, including Alto, Wagon R, Swift, Ertiga, Omni, Gypsy, and others. Suzuki Motorcycle India Pvt. Ltd. is a joint venture between Suzuki Motor Corporation and Suzuki Motorcycle India Pvt. Ltd. It produces two-wheelers that are tailored to the needs of Indian clients. Motorcycles and scooters, such as the Access 125, Hayate, and Swish 125, are their major goods.

What is the Status of Japanese Investments in India?

The Japanese government has been investing in India in various sectors and the trend is likely to continue.

Japanese investments have been on a steady rise in India, especially after the economic liberalization of 1991. The Japanese investors are looking for opportunities in the Indian markets, with an eye on long-term growth opportunities.

In 2017, according to data from Japan External Trade Organization (JETRO), Indian and Japanese companies signed deals worth US$2.4 billion during Prime Minister Narendra Modi’s visit to Japan.

Japan has invested heavily in India’s infrastructure sector and is among the top five countries that provide foreign direct investment (FDI) into India.

In 2017, Japan was among the top 10 investors into India with a total investment of US$4 billion, according to data. Japan also invested in India’s IT sector and automotive manufacturing.

India’s Prime Minister, Narendra Modi, visited Japan in August 2017 and met with the prime minister of Japan, Shinzo Abe. During this meeting, Modi proposed that Japan should invest in India and create jobs for the Indian people. Modi also discussed a proposal for a bullet train project between Mumbai and Ahmedabad with Abe.

In September 2017, Modi invited Japanese investors to take advantage of the “Make in India” initiative which aims to increase the number of foreign direct investments (FDI) into India by 100%. He also invited Japanese investors to participate in “Digital India” which is an initiative that seeks to provide digital infrastructure throughout the country and increase broadband connectivity.

Japan is one of the leading investors in India. As per data from Japan External Trade Organization, the country has invested over $8 billion in India since 2000.

Japanese companies are also looking for opportunities to invest in sectors like retail and healthcare.

The article discusses why Japanese companies should invest now and how they can do it successfully.