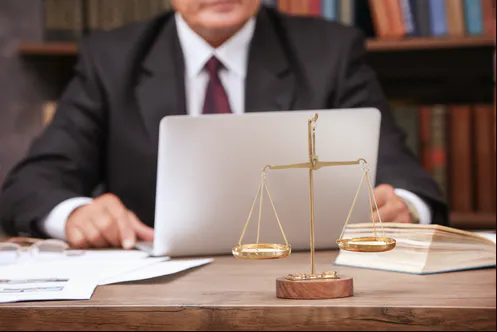 Law is one of the most respected careers in the world, and being a lawyer comes with prestige. Lawyers are needed by literally everyone. Individuals, businesses, households, government, Nongovernmental organizations, and many more entities.  With the consistent demand for lawyers, it no surprise to know that lawyers earn big. A professional lawyer that has practiced for years with a high win rate often charges millions to execute his duties. But it should be noted that there are some procedures that have to be met before a lawyer charges his clients.

The functions of a lawyer go wide beyond defending a client in the law court. A lawyer can act as a legal adviser. In order words, they advise clients on legal issues, clients who are clueless of how the judicial process works. A lawyer can also act as a negotiator in the drafting of contracts between two parties.

There are quite many functions a lawyer performs for his clients. In this post, we will be taking a look at the top 10 best lawyers in the world. These men and women have dedicated their life’s to the career and have over the years won big cases for their clients, and have therefore increased both their financial and personal worth. Without any further ado, let begin the countdown!

These are the best lawyers in the world with high profile clients and experience in 2023:

John Gregory Branca popularly known as John Branca is known to an entertainment lawyer and also a manager. John focuses on representing rock and roll artists, private investors, and music record labels. The world-famous rock and roll artist that John has worked with includes the famous Michael Jackson, The Rolling Stones The Jackson 5, The Beachboys, and quite a few others.

John’s involvement with Michael Jackson surely made him more famous in the industry. This has made John to be recognized as one of the best entertainment lawyers in the world, hence earning him a place on our list.

Jane Wanjiru Michuki is a popular Kenyan lawyer and businesswoman. well known to be the Managing Partner at Kimani & Michuki Advocates, one of the biggest law firm in Nairobi with clients including big personalities and big corporate firms in Kenya. Known for not only law, Jane is a tycoon in the investment world in Kenya. She is reported to be the biggest female stockholder on the Nairobi Stock Exchange (NSE). Want to know something else? She has a staggering net worth of $50 million.

Roy Black who is popularly called The Professor is an American civil and criminal defense trial lawyer. Roy is well known for winning the famous William Kennedy Smith case on rape in 1991. Also very popular for being the attorney of Rush Limbaugh, the popular conservative know! o commentator. Other high-profile celebrities that Roy has represented include Kelsey Grammer, Girls Gone Wild producer Joe Francis, the popular Canadian singer Justin Bieber, and quite a few more. Ever Wonder why Roy is called the professor? Read more to know!

Willie is also an American lawyer who deals with personal injury and medical malpractice. Willie grew in popularity based on the huge cases he presided for his clients. Most cases were high profile cases that usually make headlines in American top newspaper houses. Willie’s story isn’t quite a simple one.

He had to work hard to be where he is today. Willie’s determination and hard work are one that should be admired. His story entails one from rag to riches. Gary isn’t only known for his great law career, but also his business career. Gary reportedly had to work multiple jobs before his breakthrough finally came. Today Willie is celebrated as being one of the best lawyers in the world 2023.

Judith Susan Sheindlin professionally called Judge Judy, is another American prosecution lawyer, television personality, and author. Not just a lawyer, Judy has her own show called Judge Judy. She has successfully hosted the show since 1996 and has won four Emmy awards. Sheindlin has openly announced that she will conclude the show after its 25th season in 2023/21.

William Horlick Neukom professionally called Bill Neukom is yet another American lawyer. Neutom is well known for being the former manager and partner of San Francisco Giants baseball team owners. Bill is also known for being the President of the American Bar Association in 2007/2008, and more recently Bill is the Founder and CEO of the World Justice Project.

His business entities keep increasing as also his net worth. Bill bagged an undergraduate degree from Dartmouth College and later returned to the Bay Area and still bagged a law degree from Stanford Law School. Neukom has a long-standing history with Microsoft. He was reportedly the Executive vice president at Microsoft and literally spent more than 17 years working for Microsoft. This and many more make Neukom to be recognized as one of the best lawyers in the world 2023.

William “Bill” Shannon Lerach professionally called William Lerach is a popular lawyer who deals with private Securities Class Action lawsuits and is now disbarred to practice. William is also known to be one of the richest lawyers in the world with a massive net worth of $900 million.

But William’s downfall came when he reportedly pleaded guilty to obstruction of justice and was thereby, sentenced to two years imprisonment, and was subsequently disbarred from practicing law in California in 2009. Apart from his imprisonment, William had one of the best careers as a lawyer. He reportedly won back $45 billion of defrauded investors over the span of his law career.

Wichai Thongtang is an attorney and a business tycoon. Wichai has been the CEO of 21 different high profile companies. Currently, Wichai is the Chairman at Grande Asset Hotels and Properties. He is also the current Chairman for Wichai Thongtang Law firm, Chairman of Cable Thai Holding company, and lastly the Chairman of Sriracha Nakorn General Hospital.

Over the years Wichai has represented high-profile people and companies in the law court, earning him the right to be called one of the best lawyers in the world.

Joseph Dahr Jamail Jr. professionally called Joe Jamail was an American lawyer and businessman. Joe upon his death was known to be the wealthiest lawyer in America, and was popularly called the “King of Torts”. Joe was estimated by Forbes to have a massive net worth of $1.7 billion. Joe’s career was a very successful one due to his aggressive and persuasive personality which he imbibes into his career.

The first big high profile case Joe won was a case where he represented Pennzoil in a lawsuit against Texaco. Joe won the case for Pennzoil and was paid a huge figure estimated to be about $335 million. Joe attended the University of Texas School of Law, where he bagged a law degree. Joe is certainly one of the best lawyers in the world.

Richard F. “Dickie” Scruggs professionally called Richard Scruggs is an American Naval aviator, and a trial lawyer, who is now also disbarred. Scruggs law career came as a shock to people. His first case was also a controversial one. Richard successfully sued the asbestos industry for his worker who was critically ill. Richard was also in the controversial tobacco case in Mississippi where he represented the state of Mississippi in the tobacco litigation in the 90s.

Richard also reportedly became the lawyer of hundreds of homeowners and represented them in a lawsuit against insurance companies after a massive Hurricane. This and many more cases Richard has represented makes him be known as the best lawyer in the world.