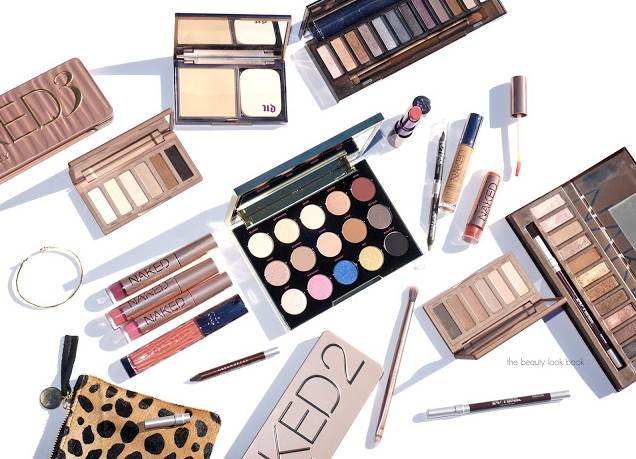 Top 10 Best, Most Popular and Expensive Makeup Brands In The World in 2023

Makeup is a form of art that is overused and understated. Everyone uses cosmetics from the ancient Egyptians to the girl-next-door. It has become an essential material without which we women (and some men) are unable to live. We apply our lipstick and at least one mascara coat even if we have to step out for a moment.

Makeup is an art form that is artistic, fun and expressive. Make-up will turn you into anything you want, from young women to men in drags. Now that you know that brands are famous, you’re going to know which one to buy and try. From sophisticated makeup routines (courtesy Kim Kardashian) that take hours to apply. Make-up can be stretched in a million ways from a simple red stain on your lips to a dab of powder on your nose. That is why we are getting you the top 10 best makeup brands in the world in 2023.

Value makes all the difference when it comes to makeup. So, if you want yours to look good, last the whole day, and be gentle on your skin, you need to be careful with what products you are using. Thankfully, the industry has a foundation of top brands consistently offering top-notch, high-quality products to suit your beauty needs. Keep up with these best brands of makeup and you will never lament over another makeup purchase decision again.

Let’s look at some of the 2023 world-renowned and famous make-up brands popular around the globe. 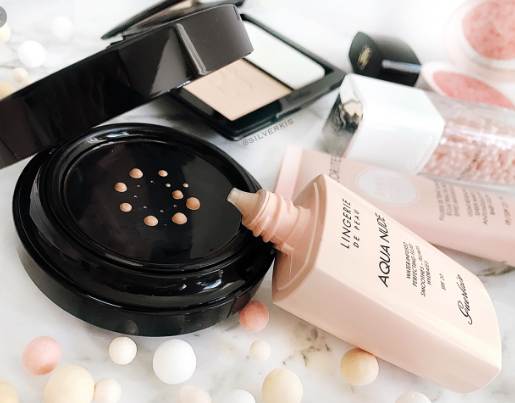 Guerlain has been discovering, innovating, and improving since its establishment in 1828. This Parisian brand offers some of the best beauty products on the market, whether it’s makeup, skincare or fragrance.

L’Oreal is a global leader when it comes to beauty. The French company sells luxury and cosmetics of superior quality at affordable prices for women everywhere. You will never be disappointed with L’Oreal, whether you need mascara, eyeliner, lipstick or any other makeup item. 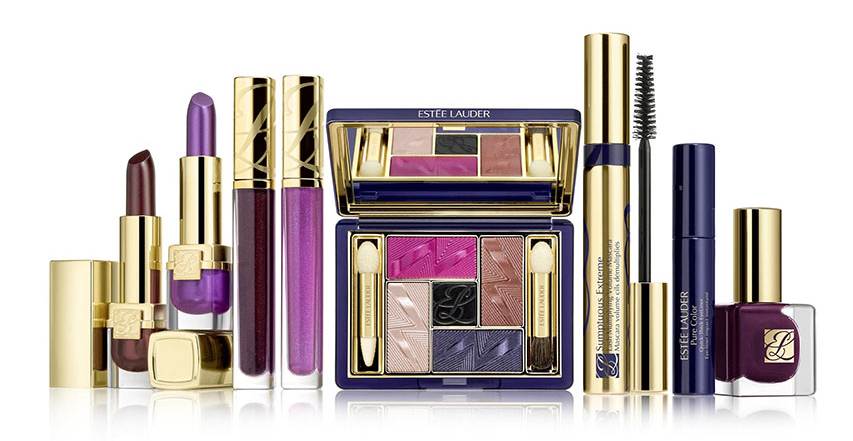 Since 1946, Estee Lauder has improved the appearance of women and is now one of the most respected makeup companies in the world. Products of the brand that include makeup, skincare, and perfume are creative, technologically advanced, and proven to be effective. 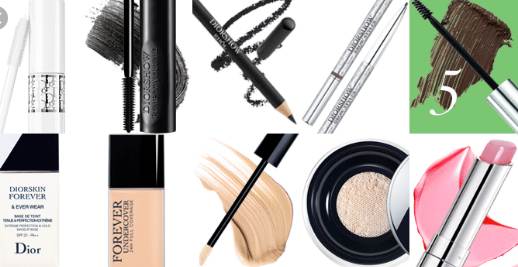 Designer Christian Dior founded the company in 1946. The mega-stylish brand designs and produces ready-to-wear clothes for stores, fashion accessories, leather goods, shoes, boots, perfume, skincare, and make-up items. While being very old and traditional, this business has transitioned to a more modern and haute couture. The Christian Dior brand is primarily targeted at women, they have a separate brand for men (Dior Homme) and division for baby/children. In many retail stores around the world and on the net, they offer their products as well. it is no surprise Christian Dior is on the Top 10 Best Makeup Brands In The World in 2023 list. 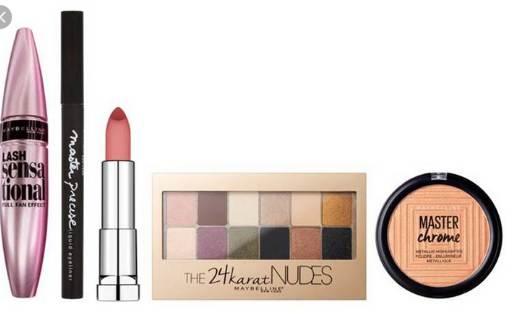 The Maybelline Company was founded in 1915 by Thomas Lyle Williams, a young entrepreneur. He noticed his younger sister, Mabel applying a mixture of coal and Vaseline on her lashes to make eyelashes look longer and fuller. This is what inspired Williams to use proper chemicals and ingredients to make mascara. In memory of his younger sister Mabel, he called his business Maybelline. As the goods are young, vibrant and affordable, the company is one of the most popular among young girls. Maybelline also recruits top models such as Miranda Kerr, Adrianna Lima, and Gigi Hadid as their ambassadors. 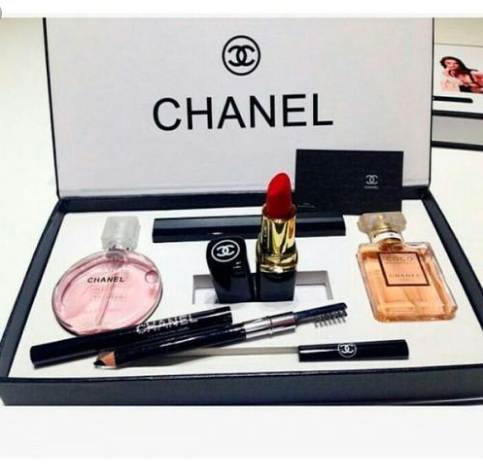 Coco Chanel, the most popular designer, launched her designer brand named Chanel S.A. It is a high fashion house specializing in ready-to-wear clothing, haute couture and luxury goods. The most trendy piece of clothing, “LBD” or “the little black dress” was originally thought up by the House of Chanel as well as Chanel No. 5 fragrance and originally designed and put into the limelight. In many of the world’s leading stores, including Galeries, Bergdorf Goodman, David Jones, and Harrods, you will find the clothes and makeup. They also have their own beauty shops where you will find the latest trends in makeup and the best product quality. it is no surprise Chanel is on the Top 10 Best Makeup Brands In The World in 2023 list. 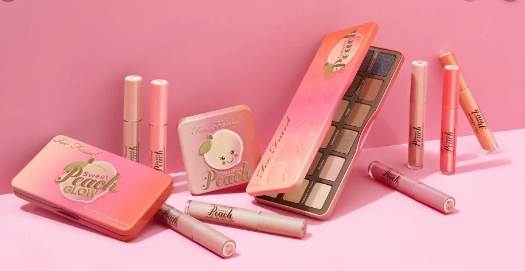 Too Faced Make-up Company is an extension of Estee Lauder, the parent company. Jerrod Blandino and Jeremy Johnson co-founded it. Jerrod is the creative chief responsible for the excellent products they produce. He uses maquillage to improve a customer’s natural beauty and uses the right maquillage ingredients to offer the benefits while having fun applying makeup. Makeup is an instant mood booster and a powerful ally according to him. They have some of the finest lip, eye, and skin makeup collections. Jerrod was a game-changer in the make-up industry as he was the first to introduce glittery eyeshadows, 24-hour eye shadow printing, and lip plumping lip-gloss. Two face-up makeup brand uses daily inspiration as a classic film or a sumptuous chocolate facial treatment at a Hawaiian spa. 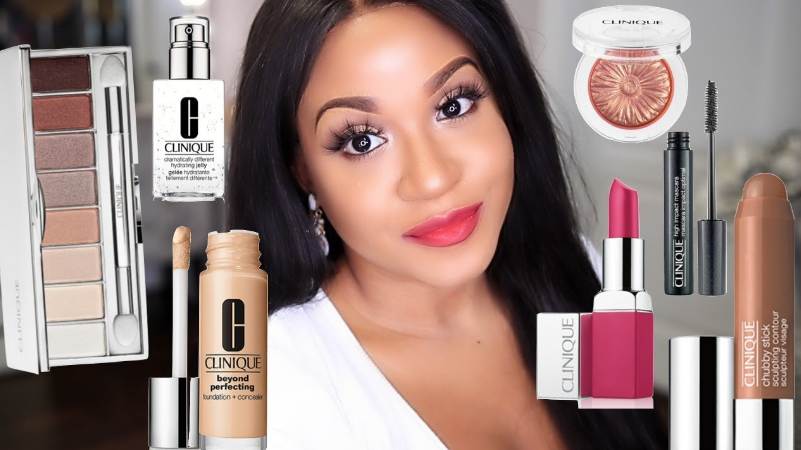 LLC is another extension of a parent company, Estee Lauder Company, Clinique Laboratories. It is an American toiletries and fragrance, skin care and cosmetics manufacturer. These products are aimed at higher income groups and are mainly sold in high-end department stores. Dr. Norman Orentreich and Carol Phillips founded it in 1968, who believe and emphasize the importance of good Routine skincare to achieve better results. We are the first company to have their products screened for allergies, and all products are licensed cosmetics brand dermatologically checked. 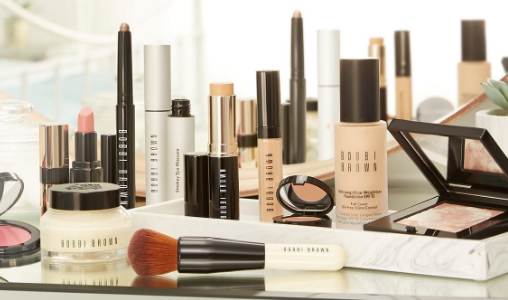 As the name suggests, a professional makeup artist called Bobbi Brown founded the company Bobbi Brown. Born on April 14, 1957, she is an American professional make-up artist and Bobbi Brown Cosmetics ‘ founder and ex-CCO. Brown initially worked as the editor of Beauty and Lifestyle for a weekly, Elvis Duran, and she also performed on a morning radio show. He wrote eight beauty and make-up books. In 1990, she worked with a chemist to produce 10 shades off-natural shades of lipstick, and they were known as the Bobbi Brown Essentials. She also developed yellow tone foundations for warm-tone people and the Bobbi Brown cosmetics also offer lessons for those interested in perfecting the art or pursuing a career in makeup. 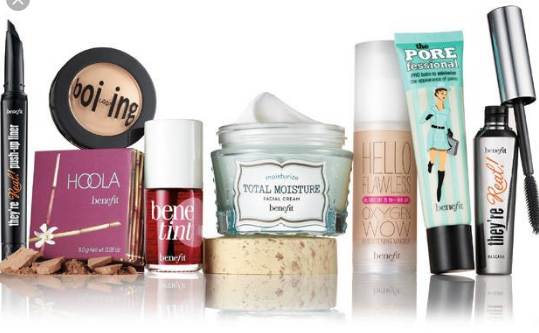 The company has its headquarters in San Francisco, Benefit Cosmetics LLC is co-founded by two sisters Jean and Jane Ford. The business is very common in 30 countries and has more than 2,000 counters worldwide. Products are considered some of the finest and are made for a long-lasting natural effect with superior ingredients. Benefits launched a “Brow Bar,” a specialized boutique In brows shaped in 2003 at San Francisco’s Macy’s Union Square.

Urban Decay is a beauty brand based in Newport Beach (California) for American cosmetics. It is a French Cosmetics Corporation’s subsidiary called L’Oréal. it is no surprise L’Oréal is on the Top 10 Best Makeup Brands In The World in 2023 list.

Our services include the colors of the hair, lip, face, and nail. They also manufacture skincare products along with this. The main focus of this business was on young creative women who want to use makeup to create unique and funky looks. All the merchandise is cruel-free and has stores around the world in several countries. The goods are targeted for higher-income classes around the region. The Naked Collection, which includes Naked Palette, is the most famous of their products, a set of 12 eyeshadows that are neutral, natural, matte and earthy tones for a natural look. 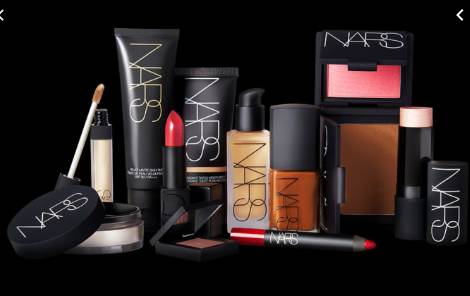 Make-up artist and photographer Francois Nars started a NARS Cosmetics make-up brand in 1994. It’s a company from France. Originally 12 lipsticks sold to Barneys, the company started very small and today it has evolved into a multi-million company. They are known for creating products for multipurpose and multipurpose. These were also tested for the use of a plain minimalist packaging. The blush of NARS “Orgasm” For three consecutive years (2006, 2007 and 2008), has been voted the best product. Shiseido, a Japanese beauty and makeup company, was later sold to the company. 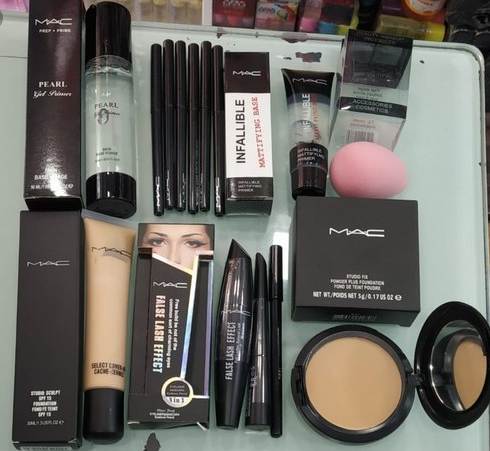 Perhaps the world’s most popular makeup company in 2023, MAC Cosmetics is the abbreviation of Make-up Art Cosmetics. It is one of the world’s top three brands for make-up. Make-up shops are found in several countries (about 500 independent stores) and each shop has skilled make-up artists to assist you with their knowledge and wisdom. The annual turnover is higher than $1 billion. The company’s headquarters is in New York City but it was founded by Frank Toskan in Toronto in 1984.