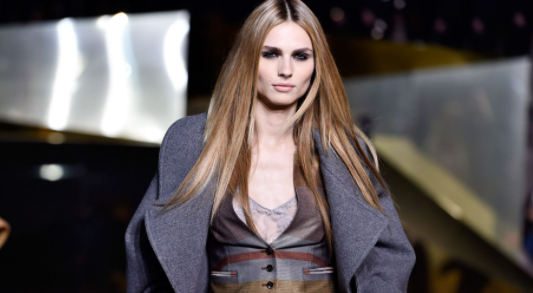 The fashion industry is constantly evolving and changing, but when it comes to transgender models, it’s still a frontier that has yet to be explored.

As more and more people are opening up about their identity and embracing it, the fashion industry has been following suit.

We see it as a step in the right direction that models who identify themselves as transgender can now come out and pursue their dreams of being a model.

Transgender models have always been fairly uncommon within the fashion industry. But there is hope for this to change as more people come out about their identity and share it with everyone else.

Transgender people have long been marginalized, mocked, and denied the right to live a normal life. The so-called “normal people” of society have shunned and ostracized them. However, as education has progressed, people’s perspectives and ways of looking at things have shifted. Our society has evolved to appreciate the diversity of human beings, and we have progressively been able to welcome, introduce, and accept those who were once mocked and insulted.

Our fashion world is no exception, and it has welcomed talented transsexuals who are deserving of recognition. It’s not rocket science that the fashion industry relies heavily on models to sell their products. Here is a list of ten transgender models that are now making waves in the modeling scene.

Top 10 Most Beautiful Transgender Models In The World 2023

Here are the Most Beautiful Transgender Models In The World 2023: 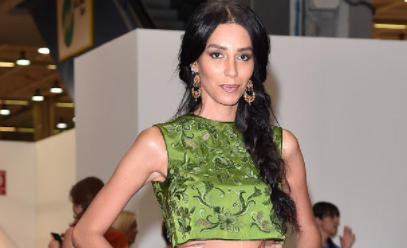 Lea T is an Italian DJ, model, and TV host. She became the first transgender woman to be signed to a major modeling agency. She is one of the most beautiful transgender models in the world.

She’s a stunning transgender model from Brazil who grew up in Italy. In 2010, she was found by Ricardo Tisci, a Givenchy designer, and she hasn’t looked back since. Working for renowned designers like as Alexandra Herchcovitch and being featured in editorials of prominent magazines such as “Vogue Paris,” “Interview Magazine,” “Love Magazine,” and others are among her other accomplishments. She was named the face of Redken, an American hair-care company, in 2014. She is the first transgender model to be named the face of an international cosmetics company. 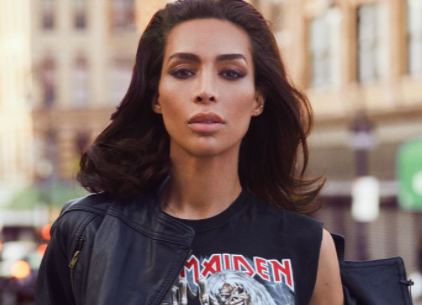 Ines Rau is a French model and actress who was recently featured in Playboy magazine. It is said that she made history by becoming the first transgender playmate. She is one of the top 10 transgender models in the world.

She has been seen as a trailblazer and an important figure in the LGBTQ+ community. This transgender model from France was first hesitant to reveal her true identity and worked as a female model for several years. She was featured in Playboy’s Art Issue, and her infamous nude picture shoot with model Tyson Beckford for a luxury magazine in 2013 catapulted her into the spotlight. She eventually accepted her true identity and revealed it to the rest of the world. She is currently working on her own memoirs. 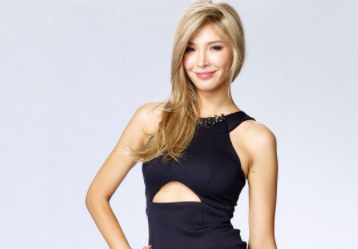 Jenna Talackova is a transgender woman who was disqualified from participating in the Miss Universe Canada pageant because she was not a “naturally born female.”

Jenna Talackova, a transgender woman, was disqualified from participating in the Miss Universe Canada pageant because she was not a “naturally born female.” In response to this decision, Donald Trump stepped in and allowed her to compete. She is one of the most beautiful transgender models in the world.

When she was disqualified from the Miss Universe Pageant (2012) for being a trans-female, she drew a lot of attention. After famed American lawyer Gloria Allred took on the issue and accused Trump of sexual discrimination, Donald Trump, who owns the International Miss Universe Organization, reluctantly allowed her to compete in the competition. Talackova competed in the competition and was awarded the title of Miss Congeniality (2012). Following her valiant legal battle to compete in the Miss Universe Pageant, Talackova was elected co-grand marshal of the 2012 Vancouver Pride Parade. Brave New Girls, a reality show based on her life, premiered on E! Canada in January 2014. She is currently a successful model and actress. 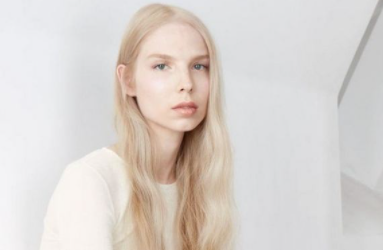 Valentijn De Hingh is a Dutch copywriter and author based in Amsterdam. She has been working as a copywriter for the past 15 years and she has written for brands like Adidas, Nike, Google Chrome, Renault, McDonalds, TUI.

Valentijn is also the co-founder of CREATEHER which is an organization aimed to empower women in the creative industry. They strive to create a safe space for women on all levels of their creative careers. She is one of the Top 10 transgender models in the world.

This transsexual model of Dutch heritage has been on the covers of a number of reputable publications, including Vogue Italia and Love Magazine. She’s also walked the runway for Maison Martin Margiela and Comme De Garcons, among others. IMG Models has featured her for the first time as a transgender model. Hingh won the Elle Personal Style Award in 2012. Hetty Niesch, a documentary filmmaker, followed her for nine years to capture the injustices and stigmas that transgender people face on a daily basis. She has also been in a number of Dutch reality shows. 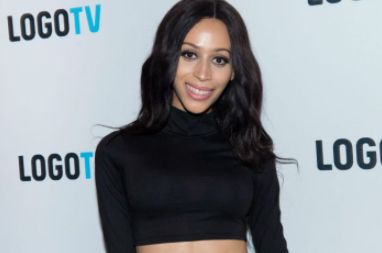 Isis King is a transgender woman and the first African-American to become a successful model. She started her modeling career in 2010 with an appearance on America’s Next Top Model. She is one of the hottest transgender models in the world.

King is also the founder of Trans models agency, one of the only agencies that focuses on representing transgender models. Her company aims to show people that there are more than two genders and this idea has been growing in popularity over the past few years.

Isis King is a well-known supermodel, actress, and fashion designer from the United States. She is the first transgender model to appear on the hit reality show America’s Next Top Model. She also holds the distinction of being the first transsexual model to work for American Apparel. She was videotaped in 2007 for a documentary about the lives of American transgender teenagers. On American television, King is one of the most well-known transgender people. 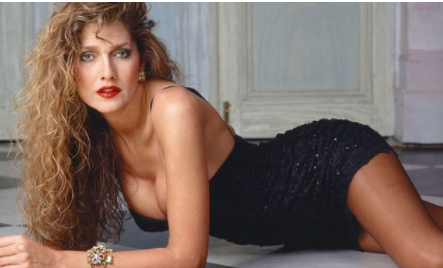 Tula Cossey is an English model and actress. She is also the first transsexual woman to appear on a British publication, in a 1977 issue of The News of the World. Later she appeared in the James Bond movie For Your Eyes Only (1981) as the Bond girl Melina Havelock. She is one of the most beautiful transgender models in the world.

This model, who is of English origin, is the first transgender woman to model for Playboy Magazine. She also appears in For Your Eyes Only, a Bond film. She was cast in the British reality show 3-2-1 in 1978. After it was revealed that Cossey is a transgender woman, she faced a lot of backlash and ridicule. Despite the discrimination and mockery, she continued to work as a model. Many others have been inspired by her book, I Am A Woman, including prominent transgender model Ines Rau. Her fight to be recognized as a woman in the eyes of the law and to marry legally is admirable and inspiring. 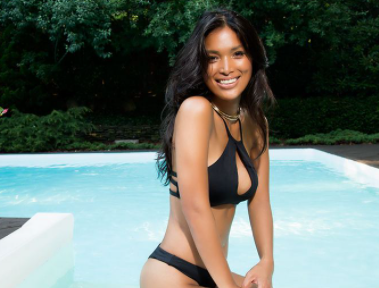 Geena Rocero is a Filipina transgender model and activist. She has been an advocate for LGBTQ and gender rights, and she has spoken about her journey as a trans woman.

She has launched the Gender Proud campaign in the Philippines to raise awareness of trans issues and also to celebrate Filipino diversity. She is one of the top 10 transgender models in the world.

Rocero was born in Manila, Philippines. She studied at the University of California, Berkeley where she received degrees in ethnic studies and women’s studies.

She was the first transgender woman to be featured on the cover of Playboy magazine’s October 2014 issue. Her work with The Gender Proud campaign has been recognized by various organizations including by Glamour magazine as one of their “Women of the Year”.

A fashion photographer spotted this Philippines-born transgender model at the age of 21. She was a successful swimsuit model for the premier modeling agency, Next Model Management, for 12 years. She was featured on the cover of C*NDY Magazine in 2014, alongside 13 other transgender models. Rocero was the executive producer of the television series Beautiful As I Want To Be, which depicted the life of transgender youth in the United States. She is one of the first transgender women to appear on the cover of Harper’s Bazaar magazine. She is the founder of Gender Proud, an organization that advocates for transgender people’s rights. 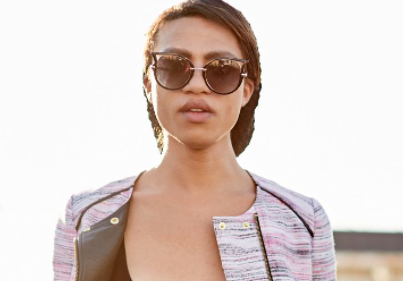 She is a hardworking transgender model from Northern Virginia. She’s worked for a number of high-profile designers and has been in advertisements for Chrysalis Lingerie and Spread Purple Magazine. Her spread in Vogue Germany and the Opening Ceremony Video Campaign brought her a lot of attention. She has walked in fashion weeks such as Miami Fashion Week, Los Angeles Fashion Week, New York Fashion Week, and Latin Fashion Week. Her acting abilities were showcased in the feature film Interwoven, in which she starred alongside Oscar-winner Monique. She has also acted in a new series called [Un]Afraid in addition to all of this. She is one of the most beautiful transgender models in the world. 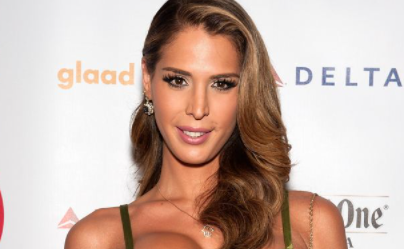 She is a supermodel, television personality, and burlesque performer from the United States. She appeared in the third season of Ru Paul’s Drag Race, a reality show about drag queens. In November 2011, Carrera starred in a series of authentically modeled adverts for a range of fake products, including the fictional fragrance La Femme. She has also appeared in an advertisement for the travel website Orbitz. Carrera made her debut as a “Drag Professor” on Ru Paul’s Drag U’s second season, giving singer Stacey Q a stunning makeover. She played the character of a transgender server in a New Jersey cafe in an episode of the ABC news program.

She has also modeled for David Lachapelle, a well-known photographer. Carrera was named to the Advocate’s annual “40 under 40” list in 2014, and she had a guest appearance on Jane the Virgin’s pilot episode. She was also featured on the cover of C*NDY magazine in 2014, alongside 13 other transgender ladies. Carrera is active in AIDS advocacy and awareness. She is one of the good-looking transgender models in the world.

Top 10 Most Popular Plus Size Models in the World 2022 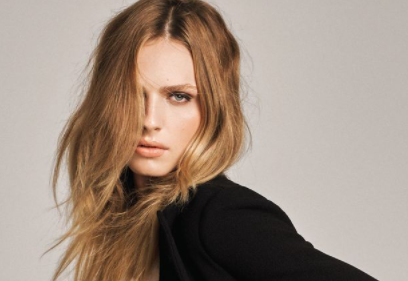 Andreja Pejic is one of the most well-known good looking transgender models, having gained international acclaim. She began her modeling career when she was 18 years old, when she began working for McDonald’s. Her resume includes work as a model for both men and women’s clothes, as well as being a regular on the runway for a number of well-known designers, including Jean Paul Gaultier. She is the first transgender model to appear in an issue of American Vogue. Elle, L’Officiel, Fashion, and GQ have all featured her on the cover of their respective publications.

Pejic was named to both the Top 50 Male Models and the Top 100 Sexiest Women’s Lists in 2011. She was a guest judge on the show Britain and Ireland’s Next Top Model in 2012. Faith, a Turkish television series, showcased her acting abilities.

Their stories are very inspiring, and their incredible fortitude and perseverance in the face of hardship are truly admirable. They serve as role models for not only the transgender community, but also for people all around the world.