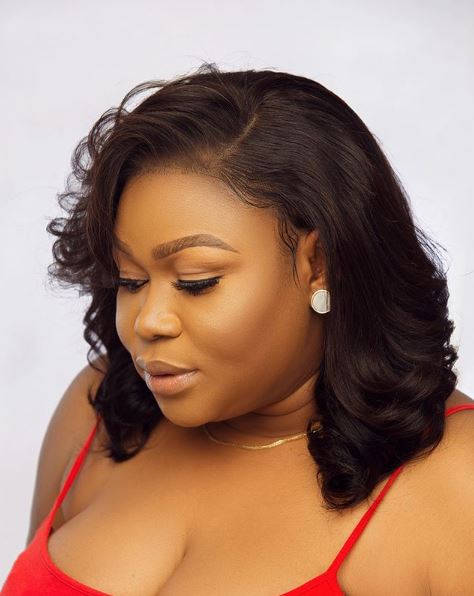 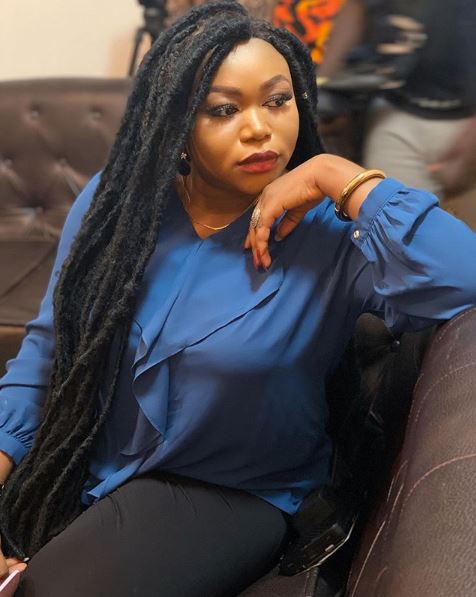 Ruth Kadiri is a Nigerian actress and screenwriter who has starred in several movies. Ruth is the first child her parents had and she has a younger sister. She used to live with her mother and sister while she was growing up, while her father was living outside Nigeria.

In an interview Ruth had revealed that she grew up like every other normal child. She was raised in Ajegunle, a Lagos State low-income suburb but she always knew what she wanted, even as a child and went for it.

Ruth Kadiri studied mass communication in the University of Lagos and she later became a graduate. She also studied and got a degree in business administration from Yaba college of technology.

In an interview she has revealed that a female lecturer tried seducing her to make her a lesbian when she was still a student.

The female lecturer loved that very much and developed a special interest in her monitored every move she made. This was to the extent that she knew when Ruth was absent in school and knew all her grades.

The day it got out of hand was when Ruth missed a test and went to the lecturer to seek advice but she tried to seduce her, that was how she escaped. 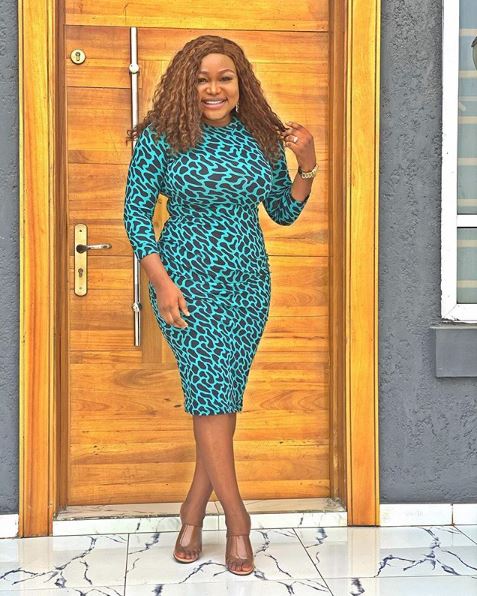 The actress admitted that she initiated her love for acting in the church, and this explains why she sees her career as a duty to God. She had started writing stories as far back as her days in secondary school days. This was even before she started attending auditions for film roles.

Ruth admitted that while growing up she went through several challenges, discriminations and rejections. She also had a lot of responsibilities to manage but is thankful for what she has become and what the future has in store for her.

Her debut audition was at Wale Adenuga Studios where she met a friend of hers, Victor Eze, that had a school of writing. She attended, and graduated from his college. She then wrote her first script,’ Wild and Dirty,’ and then continued to write some more until she began to get roles in films that used her scripts.

One of her debut movies was ‘ Boy’s Cot ‘ with Nonso Diobi, Uche Jombo, Jim Iyke, and Mike Ezuruonye. Since then the actress has starred in over a hundred films. She wrote and co-wrote several films, several of which she had starred in. These include Arising Matters, a Fighter’s Heart, Ladies Men Sincerity, First Class, and Over the Edge.

Ruth is a philanthropist, as well. She established her own foundation called Ruth Kadiri Kids which was set up to help disadvantaged children achieve their goals and dreams through monetary donations and inspiring lectures.

Here are the movies Ruth Kadiri has featured in:

There are not much details revealed about her parents. She had written in a book at the time, in her house, that she aims at renting her own apartment by the time she turned 18. When her father saw what she planned when she clocks eighteen, he asked where she was going and she answered by saying, “She wants to get her own apartment and make her own money.” Her father mocked it, but she claims it helped her develop the determination to make her own money and do it the proper way.

Ruth Kadiri received a lot of congratulations as she gave birth on August 21, 2019 to a beautiful baby girl. 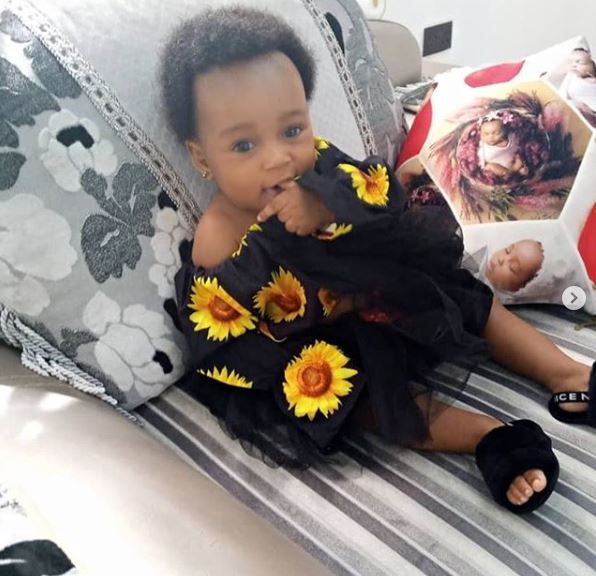 Ruth is the first child but has a younger sister.

It has been reported in the past that she was dating Nollywood producer Stanley Ebonine, but soon the two spilt. Rumors in 2017, however, that she was engaged to an unidentified man.

Through keeping her life private, Ruth Kadiri has managed to stay out of controversy particularly with her personal life. It explains why when she became engaged in 2017, she hid her lover’s name.

Ruth is currently happily married to Ezerika and her marriage is already blessed with a child. She keeps her marriage away from the media. 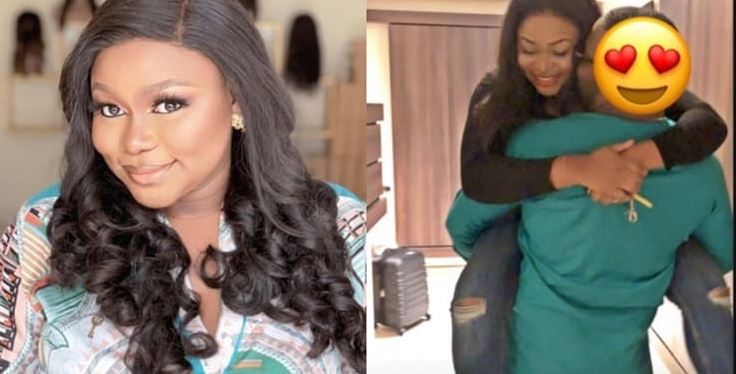 When asked about her opinion on marriage, she said:

“There are certain things we don’t have control over and finding the right partner is one of them. You don’t decide when you find the right person, so wherever you find yourself at whatever point in life, it’s important to be happy at that stage. Of course I wanna have kids, I wanna have a family and I wanna do it right, so as an individual, I’m preparing myself for that phase for when it eventually comes but for now I’m just working hard and trying to be happy.”

Ruth Kadiri is visibly one of the richest and most influential Nollywood actresses with an estimated net worth of $700,000 in 2022.

Ruth Kadiri is a popular Nollywood actress that is well known by many fans and at such, people and businesses would love to reach her to show their love or share a business contract. This is why we would be sharing Ruth Kadiri’s direct phone number in this post. However, it would be unethical for people to harass her and misuse the privilege, so if you would like to get in contact with her just contact us and we will do the needful.

The pictures from her wedding are not made public yet. 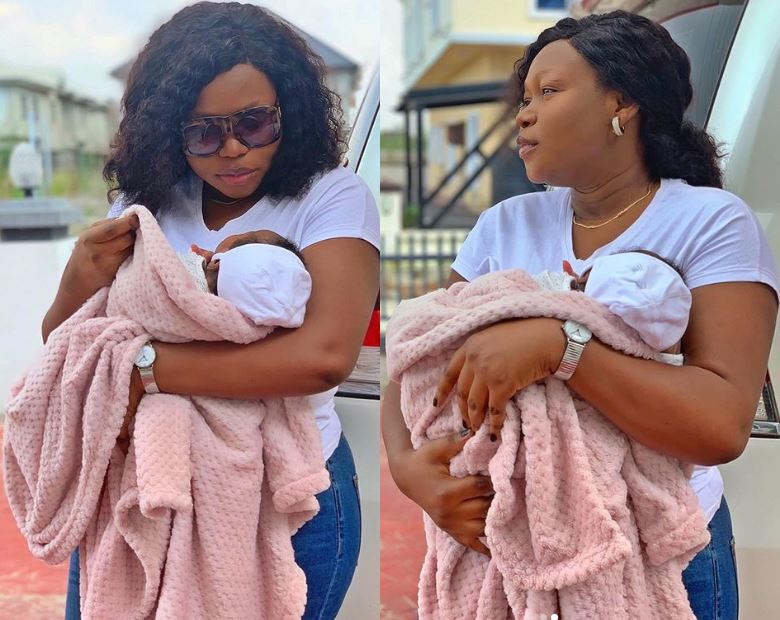