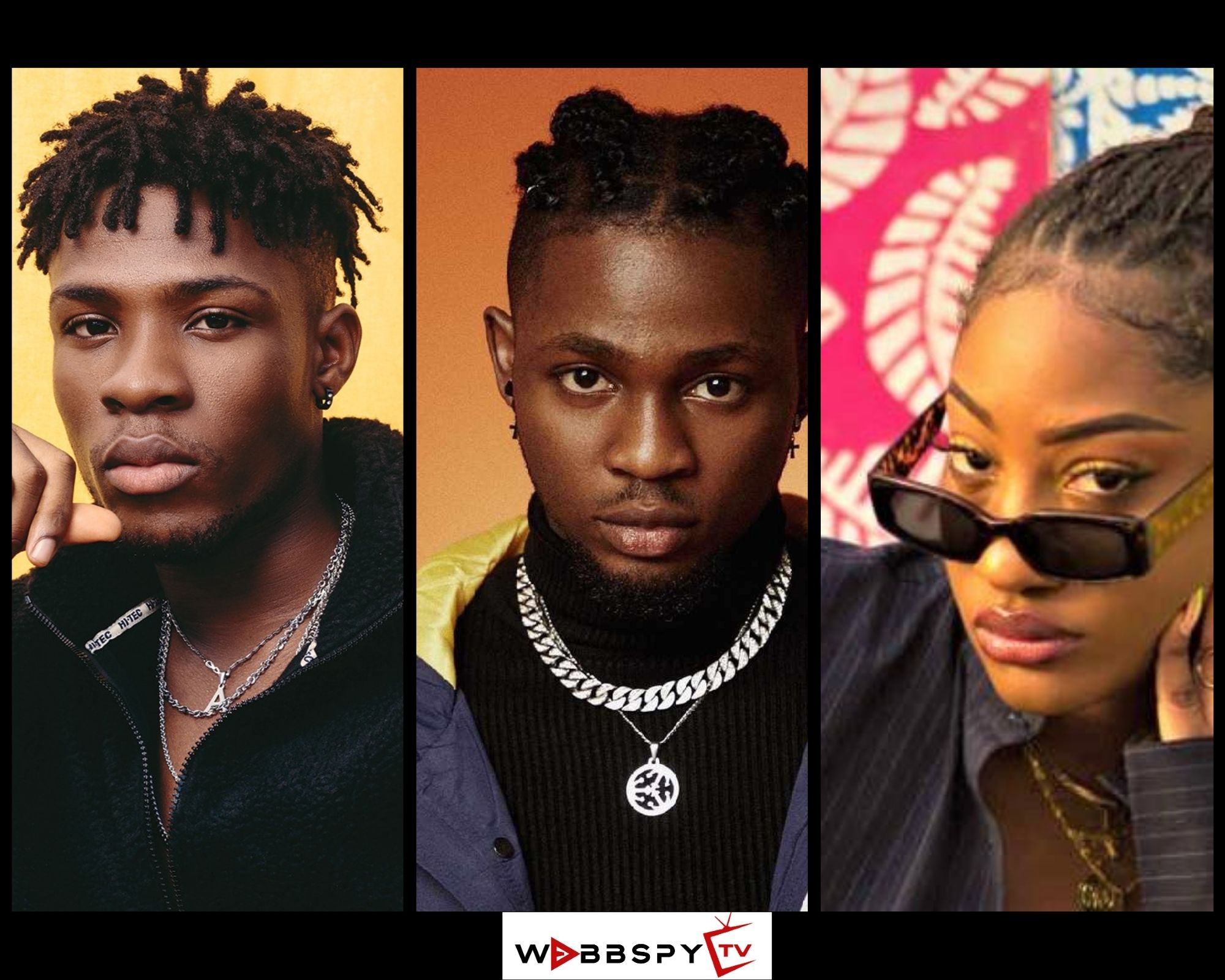 2020 was an amazing year especially in the music industry because a lot happened for both upcoming artistes and star musicians alike. Ranging from shows, events, music fests, debuts, and major collaborations. Many Upcoming artistes have now sprung up in the Nigerian music industry in 2022 with several hit songs backing them.

Some of these upcoming artistes like Omahlay, Tems and other artistes have mind-blowing songs, massive airplay, outstanding positions on music charts and engaging music performance in events. However, Webbspy provides the list of unique Top 10 upcoming artists in Nigerian to watch out for in 2022.

These are the Top 10 upcoming artists in Nigeria in 2022: 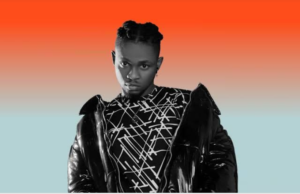 Stanley Omah Didia popularly known as Omah Lay is a boy from Port Harcourt Rivers State who has announced his entries into the Nigerian music industry in 2019 with singles like Brother and Do Not Disturb. At the beginning of this year, Omah Lay was not popular but he had his breakthrough during the pandemic using digital platforms to stream his 2020 singles like You, and Bad Influence. His songs got over 10 million streams and he is on his way to becoming one of the biggest upcoming African act. His Get Layd EP which was released on 22nd March, 2020 had singles like Damn, LoLo, and Ye Ye Ye. 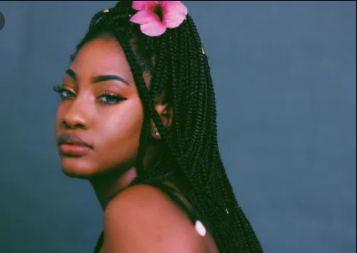 Temilade Openiyi (born 11 June, 1995), known as Tems, is a Nigerian alt-R&B singer, songwriter and record producer.She is part of the new music wave in Nigeria,”the alte”. She further gained more African recognition after she got arrested in Uganda alongside Omah lay.
Her singles “Try Me” and “Damages” are very popular with millions of streams, she also has a new song with Wizkid ‘Essence’. She got nominated for Headies next rated artist of 2020 and she is definitely one of the best female upcoming artists in Nigeria 2022.

Blaqbones is a super talented and creative rapper who made it to the list of upcoming musicians in Nigeria in 2022. Emeka Akumefule is his real name, but he is widely known as Blaqbonez. He is a popular Nigerian rapper, who is signed to a hip hop label imprint of Warner Music Group African partner, Chocolate City known as 100 Crowns. Back in 2019, The New York Times profiled him alongside Teni, Odunsi, and three other artists as the new guards of music in Nigerian.

He released his EP titled Mr. Bombastic back in 2019, an extended play in which he featured Falz and it got massive airplay. He was also nominated for 2019 Rap act of the Year category at the City People Music Awards.

ALSO SEE: The Most Streamed Artists in Nigeria

If you love Nigerian hip-hop music with passion, then you be familiar with the popular song titled ‘Jealous’ by Fireboy, a new artiste under the management of YBNL record label.

Fireboy DML whose birth name is Adedamola Adefolahan is a very talented artiste who has been releasing hit songs back to back, keeping his fans and admirers very much entertained.

He is an indigene of Ogun State and has an amazing taste of Afro music with a unique blend of country music sound. His genre of music is unique and sounds like blues. Looks like he is a perfect replacement for the star musician Adekunle Gold in YBNL record.

Fireboy also got nominated in the next rated category of Headies awards in 2019. Yes, You should check out his songs because they are so good that Wizkid brought him to perform in the starboy fest.

Joeboy is gradually becoming a popular Nigerian music artiste. He is a talented singer and songwriter, behind viral hit single “Baby,” which it’s video has amassed over 5 million views on YouTube and he is also currently at the top of the charts. He got signed to Mr Eazi’s ’emPawa’ Africa record label.

Joeboy is an undergraduate of the Human Resources department in the University of Lagos. After the release of another hit single titled, “Beginning” and Baby was one of the hottest hit singles of 2019. He also has an EP to his record.

Hence, it’s safe to say that Joeboy is a force to reckon with in the music industry, he made it to the top 10 upcoming artistes in Nigeria in 2022.
Joeboy also got nominated in the next rated category of Headies awards in 2019. 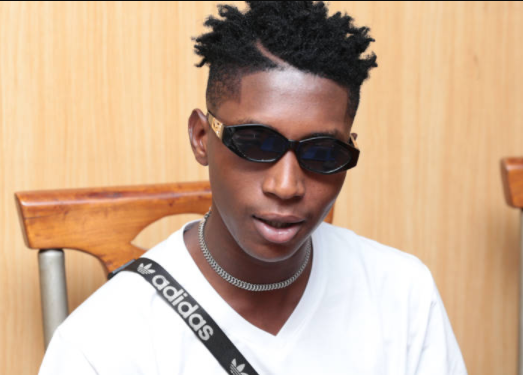 Ahmed Abiola Akinbiyi (Bella Shmurda) is a singer and songwriter in Nigeria. Bella Shmurda is popularly named Fine Boy Bella by his fans, with over 60 million streams from all his releases he is on a remarkable upward trajectory. Bella Shmurda is a budding independent Nigerian artist who, with Vision 2020, came to prominence earlier in (2019). He is referred to in his hometown, Lagos in Nigeria, as the new voice of the streets.

He definitely deserves to be on the list of the upcoming artists in Nigeria 2022 to watch out for.

Terri is a 26-year-old talented star boy artiste who stepped into the limelight after his amazing melodious verse on the Wizkid’s monster single titled, ‘Soco.’

Terri is an upcoming artist who is related to a well-accomplished star Nigerian singer, Tekno. Terri got signed by Wizkid after he made a viral video of his recordings which he tagged the superstar singer and posted on Instagram.

He also released a groovy single titled “On Me”, a follow-up to ‘Shuu’. His singles have enjoyed relative mainstream success, as he is constantly touted as the next big thing by Wizkid.

“Lawal Raheem” is a talented Yoruba artiste who is popularly known Lyta. He was formerly signed to YBNL record label before he had some controversies and left the record.
He kick-started his career in the music industry with an amazing hit song titled, ‘Time.’ The song became his debut official single under the former label, which had featured, Olamide – YBNL Nation boss.

He still went ahead without relenting to release other hit singles like ‘Kpakujemu,’ ‘Self Made,’ ‘Ire’ (Adekunle Gold Cover), and a whole lot of others before he exited the record label.

Lyta returns to making music after the YBNL divorced with his new single ‘Monalisa.’ The singer also had made a remix with the DMW boss – Davido and had the music video done.

Good girl LA is a very talented and creative female music artiste and after the release of her hit track titled “Bless me”, she is tipped to be the next Tiwa Savage.

Euphemia Runyi Ekumah is her real name but she is popularly known by her stage name Good girl LA. She is a popular Nigerian Afro-fusion singer and artiste. She is a native of Cross River State and was born on the 20th of February. Ladern was her initial stage name. She has contested on Glo Naija sings after she auditioned with her group and she also took active part in the popular Nigerian Idol contest.

Her 2019 singles “Bless me” and “Faraway” have massively gained airplay in Nigeria.

GoodGirl LA is a rare musical talent with a very unique sound, with lyrical prowess and she has amazing vocals that is very much complimented with her gorgeous looks. 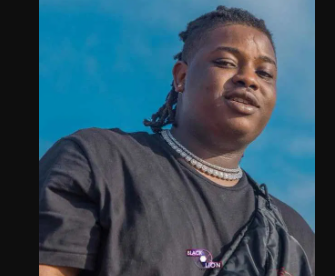 On February 13th, Oluwakayode Junior Balogun, also known as Barry Jhay, was born. He is a recording artist, dancer and entertainer from Ibadan, Nigeria. Barry Jhay is a popular indigenous singer from the lineage of Sikiru Ayinde Barrister, the great legendary music icon.

He has hit singles like Only you feat. Davido, Ashe she, Aiye and Muje.

Barry Jhay has made a recognizable wave in Nigeria’s music industry which puts him on the list of the upcoming artistes in Nigeria 2022. 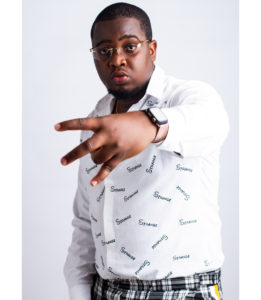 Chamberlain Olisa is his real name but he is popularly known as Strange. He is a Nigerian singer and songwriter who was born in Lagos but is a native of Nnokwa in Idemili South LGA, Anambra State. At 12 years old, Strange became an enterprising child, he had a burning desire for music. and at 17 years old He Started practicing music. He is one of the upcoming artistes in Nigeria 2022.

His tracks are ‘I Talk Am’ (2016), ‘Crazy’ (2017) and ‘Do the Dance’ (2018) featuring Steam which are available on digital platforms. After his past collaborations with Kennycee, In 2016, Strange got featured by K Dope in his track titled “Control”. At the moment he has no strong official public affiliation with any other music artist. Strange has his recently released track ‘Aye’ made available on all digital platforms. 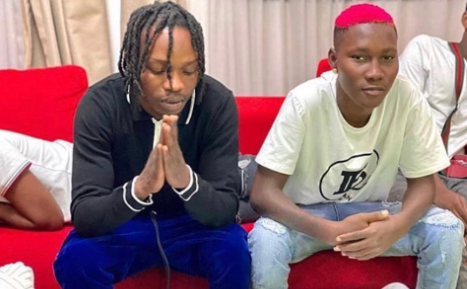 Another rookie with amazing vibes, Oniyide Azeez, a fast-rising talented Nigerian vocalist and songwriter, is popularly known as Zinoleesky, who has a unique power to make listeners fall for his records and him in a few seconds in particular.

With his distinctive voice and freestyles on Instagram with his counterpart, Lil Frosh, Zinoleesky became a social media phenomenon that brought them organic growth.

After having an Instagram repost of his cover to Fvck You by the song’s original singer Kizz Daniel, his popularity increased.

Zinoleesky has relentlessly and effectively convinced countless listeners with amazing tracks and collaborations to become his fans in 2019.

The “Who Knows” crooner, before he was signed to Marlian Records by controversial artist, Naira Marley in December 2019, was reported to have turned down the AMW/DMW offering. In 2020, he had a major hit with his single ‘Ma Pariwo’.

Top 10 Richest Musicians in Nigeria and Net worths in 2022