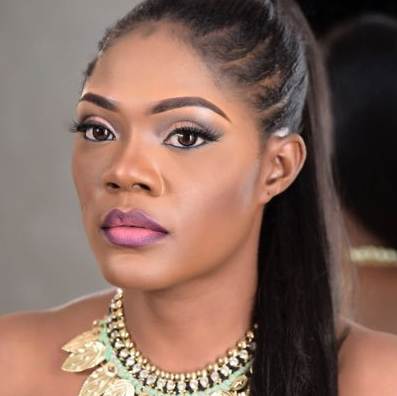 Eberechukwu Nwizu is a Popular Hollywood film and television Actress, that was born on July 1, 1984. At 13 years of age, she joined her mother to keep the Veragon Hotel running, which was the family business. The hotel had provided hospitality services for well-known actors which she always admire.

Bayray is a very beautiful, creative, gifted, skillful and super talented actress in movie roles. She perfectly interprets her movie roles and adjust and portray any given character by movie directors and Nollywood producers.

In 2007, McNwizu stepped into the limelight after she won the Reality TV Show (3rd season) sponsored by the Nigerian Breweries, Amstel Malta Box Office, this landed her debut feature film, titled “Cindy’s Note”. In 2009, she became nominated as the Most Promising Actress at the fifth Africa Movie Academy Awards, due to her role in “Cindy’s Note” as Cindy Haastrup.

Eberechukwu was born and raised in Lagos State, Nigeria, This was where she attended completed her primary and secondary school formal education. She obtained her First School Leaving Certificate from the primary school and West Africa Senior School Certificate from her secondary school. She has a bachelor’s degree in Philosophy and also attended PEFTI film school where she got a diploma in directing, acting, and Film Production. it was in Ajao Estate, Isolo, Lagos.

She has a son with her baby daddy who she fell apart with due to some unknown reasons.

She has starred in over 80 Nollywood films and television series.